Iraq and Saudi Arabia to sign deals worth billions of dollars 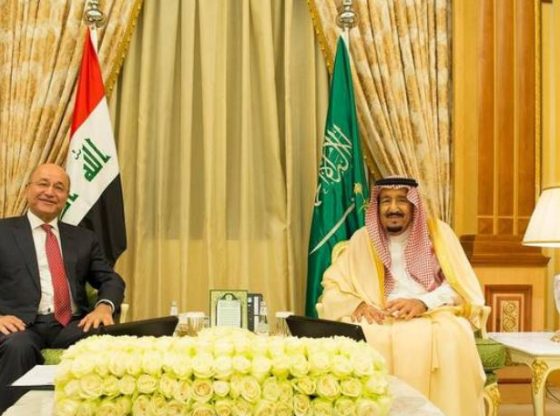 The deals would be a major step towards weaning the war-battered country off Iranian energy imports and further boosting relations between the two neighbouring countries.

Oil minister Ihsan Abdul-Jabbar Ismaael said his country intends to sign major deals with Saudi Arabia before the end of this government term, Al Sabah quoted him as saying.

Mr Ismaael, who also leads the Iraqi team in the negotiations, did not disclose the size of the deals but said the total investment would be worth “tens of billions”, the newspaper said.

The deals come as relations between the two countries warm up. Saudi Arabia severed ties with Iraq after Saddam Hussein’s invasion of Kuwait in 1990.

The two countries started restoring relations in 2016 with US assistance, in an attempt to counter Iran’s growing influence. Saudi Arabia also reopened its embassy in Baghdad, while the countries set up a co-ordination council to upgrade ties. They have since signed a series of agreements relating to politics, security and commerce, leading to opening a major border crossing.

“Experts from both countries are studying the outcomes of the negotiations in order to agree on the drafts of the long-term contracts that satisfy the aspirations and interests of the two countries,” the minister was quoted as saying.

Saudi Arabia is not the only Gulf country that is strengthening ties with Iraq. The UAE last month signed a deal with Iraq to promote and protect mutual investments as Emirati companies seek to increase their investments in sectors, such as clean energy and logistics, in the country.

COVID-19: Five million people have now died from coronavirus across the globe