Iraq could vaccinate children against Covid-19 as cases increase 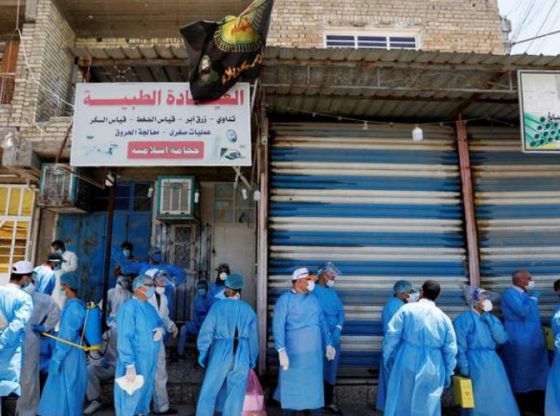 Iraq is considering rolling out Covid-19 vaccines for children following a rise in cases, the health ministry has said.

While children are far less likely than adults to get severely ill or die from Covid-19, international data suggests they can be just as likely to catch and spread the disease.

“Providing the vaccine to children is a subject under study by a specialised technical committee at the Ministry of Health, and it is a purely scientific decision that will be decided in the coming days and announced officially,” the ministry’s spokesman Said Al Badr said on Wednesday.

The development comes as the Pfizer/BioNTech’s Covid-19 vaccine could soon be authorised for children as young as five in the US.

The US Food and Drug Administration has requested to vaccinate children and said the benefits would outweigh the risks. For children under 11, the vaccine would require two shots given on the same schedule as the vaccine for adolescents and adults, but the doses will be a third of the size.

Iraq is yet to approve the move or decide on the dosage.

The health ministry said it has developed an electric card for people who cannot receive the vaccine due to health reasons, justified by medical reports.

“In very rare cases those that will be exempt from taking the vaccine will depend on the opinion of a physician,” Mr Al Bader said.

He said medical staff working in various health institutions are “more likely to be infected with the coronavirus so they will be given priority and follow up to receiving the vaccine”.

Medical officials have recently spoken of a fourth wave of the virus hitting the war-torn country that has a depleted health sector.

For the past two weeks, Iraq has recorded a spike in infected cases, with more than 1,300 daily cases.

Public hesitancy towards taking the vaccine has slowed down the country’s push to ensure its 40 million population is inoculated. Only 5.5 million Iraqis have taken at least one shot of the vaccine since the country launched the programme in March.