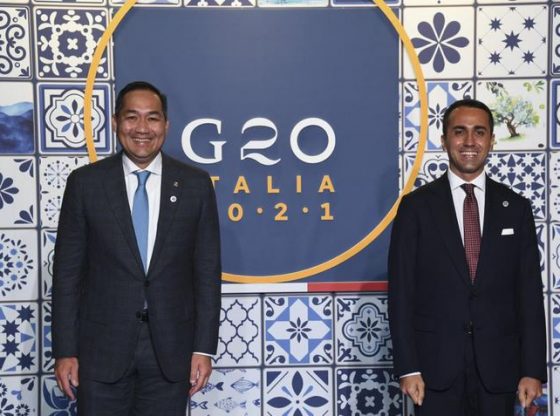 Indonesia will assume the presidency of the Group of Twenty starting Dec. 1, and will host its summit in 2022 in Bali. As the 2022 leader of the world’s 20 largest economies, Indonesia will raise the theme “Recover Together, Recover Stronger”, and promote several agendas. The theme reflects Indonesia’s hope and readiness to play a role in global partnership, as an attempt to overcome the impacts of the pandemic and promote global confidence.

The theme reflects Indonesia’s hope and readiness to play a role in global partnership, as an attempt to overcome the impacts of the pandemic and promote global confidence. The Indonesian agenda for next year includes: reducing the world’s tensions from conflict; restoring G20 relevance in handling COVID-19; improving coherence in global taxation and the commitments on climate change and financial inclusion.

Former Australian prime minister Tony Abbott in 2017 said the G20 agenda on competition policy reform provided a practical way of reducing behind-the-border trade barriers while boosting productivity, wages and growth. There is no better way to “drain the swamp” of entrenched interests than by intensifying competition, said Tony.

Under Japan’s presidency in 2019, competition policy was explicitly discussed as a priority related to the creation of strong and equitable growth, as part of the issues raised by Japan in trade and investment. Later this year during the G20 summit, the Italian G20 presidency will raise the Policy Option for Digital Transformation and Productivity Recovery, stating that policies need to ensure that digital markets, including digital platforms, remain competitive, open non-discriminatory and contestable to promote competition and innovation, thus boosting productivity and growth.

Countries could point to upgrading competition law and strengthening enforcement by adopting new analytical tools including well-calibrated intellectual property rights system that considers each country’s specific situation and starting point; reducing the costs of starting or exiting a business and improving the design of insolvency regimes to facilitate restructuring, while limiting the loss of intangible assets associated with liquidation procedures

However, the competition policy agenda will unlikely be continued under the Indonesian presidency, despite its importance in safeguarding the government recovery scheme. To make best use of the G20 opportunity, Indonesia needs to promote competition policy.

Why is it important for G20 to discuss competition policy? Economic stimulus, specifically in the financial sector, is what the world needs today in the midst of the pandemic. Various issues need to be directed toward supporting the provision of stimulus for the recovery, and the issue of competition policy is included in this.

It is a common understanding that recovery, or the goal of economic sustainability, can only be achieved if companies in various sectors work together in determining common industrial goals and implementing them. Competition policy or law is sometimes seen as an obstacle to the implementation of cooperation between companies, and an obstacle to development toward a more stable economy. So it is important for the governments or competition authorities of G20 members to prevent competition policy or law from hindering these various recovery or sustainability initiatives

Therefore, in determining the right portion or attitude for the government, so that competition policy or law do not put pressure on state stimulus during economic recovery, competition issues need to gain the appropriate attention by G20 members. In this case, the competition authorities of G20 member should be required to assess the financial stimulus, and advise the government to alert them to potential problems caused by their intervention to future market competition.

The question then is how to have competition policy injected to Indonesia’s priorities? As G20 acknowledges two tracks in their meeting, the financial track and non-financial (Sherpa) track, competition policy can be proposed under the Sherpa track. The financial track will focus on macro-economy issues, fiscal, monetary and finance, with discussions ranging from the working group level to finance minister and central bank governor level.

Considering that Indonesia’s presidency period is approaching, intensive coordination should be made by the Business Competition Supervisory Commission (KPPU), which handles competition law and policy issues with the government in charge of the Sherpa track, in this case the Office of the Coordinating Economic Minister. This coordination is needed to ensure that law enforcement and competition policies do not create their own obstacles in providing various economic stimuli, as well as not distorting the market in the future.