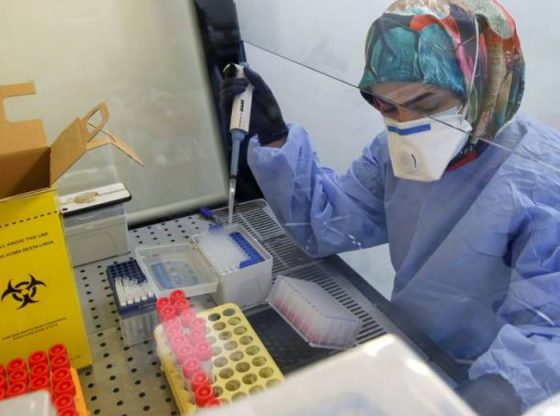 Iraqi health authorities are urging the public to get vaccinated against Covid-19 amid a fourth wave hitting the war-battered country.

Due to sanctions, conflict and war, the country’s health care system has been in crisis for decades. There’s a shortage of medical staff and doctors as the majority have fled the country, and medication is scarce.

“We are closely monitoring the region’s health situation and in the past few days there has been an unprecedented rise in infected Covid-19 cases and deaths despite a high level of vaccination,” a statement from the health ministry said.

The ministry said a “new strain” has been detected in the region and they “do not rule out the possibility of a fourth wave if the coronavirus pandemic hits the country”.

The lack of “commitment” from citizens to get vaccinated and stick to social distancing measures has contributed to the rise in cases, the statement said.

Iraq, which uses the Pfizer/BioNTech, AstraZeneca and Sinopharm vaccines, launched its inoculation campaign in March. Since then, authorities have been pushing forward their vaccination drives.

More than five-and-a-half million people have received at least the first dose of the coronavirus vaccine, according to health ministry figures.

Distrust of vaccines has been particularly strong among Iraq’s 40 million population. Since the start of the pandemic in March 2020, the country has recorded more than two million cases and 22,993 deaths.

Government officials have blamed the spread of misinformation on Iraqi television, which has encouraged the public not to wear face masks, maintain social distancing or have the vaccine.

“Their negative impact on society has remained and we hold them morally and legal responsible for that,” ministry spokesman Dr Saif Al Bader said.

In August, authorities said they were running low on oxygen supplies and nearly all of the country’s Covid-19 hospital units were at maximum capacity.

Why G20 agenda must include competition policy
As Prakash Jha’s Aashram comes under attack, here’s a look at controversial ‘babas’ of India