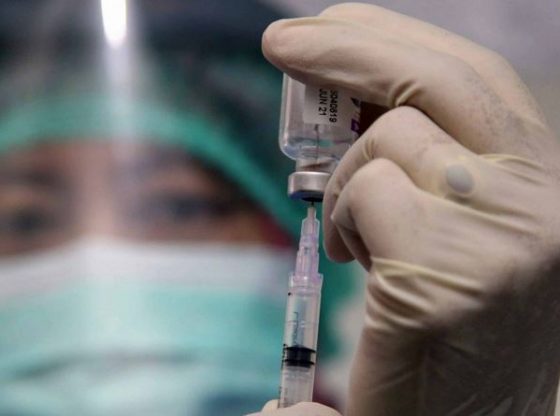 The government has announced that a first COVID-19 vaccine shot has been administered to more than half of the number targeted. The national target is to vaccinate 70 percent of the population by the end of 2021. Therefore, the government needs to continue accelerating the vaccination drive and evenly distributing vaccines to all regions and all groups of people, including the elderly and teenagers, who are the priorities. Vaccination has been shown to decrease the risk of severe illness and death due to COVID-19.

The government has guaranteed the safety of all vaccines being used in Indonesia, and therefore strongly suggests that people get vaccinated. The Health Ministry’s COVID-19 vaccination spokeswoman Siti Nadia Tarmizi told a discussion held on Thursday that to date, 175 million vaccine doses had been administered to Indonesian people. The international community, she went on, had praised Indonesia and acknowledged its effort to increase the vaccination rate. Even for non-vaccine producer countries, Indonesia has been considered the best in terms of vaccination scope and number of participants.

“We are hoping that starting 2022, we will begin to use Indonesia’s Merah Putih vaccine,” she said.

However, she added, vaccination for the elderly remained a big challenge for the effort. As of Oct. 21, only 36 percent of the targeted elders had been inoculated.

“We started the elderly vaccination program in March due to their vulnerability,” she added.

She said the elderly vaccination program had been disrupted by misperception and hoaxes or false information. Vaccination, she went on, was still considered the main tool to reduce the rate of COVID-19 infection in the country, alongside discipline in complying with health protocols. “Do not worry about getting tested,” Nadia, a physician, said.

She also said the probability of Indonesia experiencing a third wave of COVID-19 infection was high. When dealing with the Delta variant, she said, countries with high vaccination coverage were still engulfed by the virus but with lower rates of severe illness and death. Meanwhile, to this date, the Delta variant still dominates Indonesia’s COVID-19 situation.

“We know that by the end of the year, there will be mass gatherings that could trigger a rise in infection cases due to increased mobility,” she said. Therefore, Nadia has continuously warned people to maintain alertness.

Internist and vaccinologist Dirga Sakti Rambe said it was totally understandable that many people were already tired, but he also warned that the pandemic situation was still far from over. The World Health Organization (WHO) still maintained the pandemic status, he went on, therefore health and safety protections remained the world’s number one priority right now.

Dirga said it was up to the government to apply the appropriate level of public activity restrictions in each region. “This resembles the gas and brake pedals in a vehicle, it is a matter of when to hit the gas and when to brake. Our duty is to obey,” he said.

Dirga also explained that 48 percent of the global population had so far received at least one vaccine dose, and that more than 6 billion doses had been administered. From that fact, he went on, we could all learn that vaccines were effective in preventing severe illness and death. But since being vaccinated could not prevent infection, he said, people were advised to maintain health protocol discipline to gain optimal protection.

Commenting on the attempts, the head of Surabaya’s Communication, and Information Technology Agency, Muhamad Fikser, said the city administration had collaborated with the Indonesian Military (TNI), the police and health officers to deploy various strategies. Among them were a morning public announcement to warn the public about the pandemic situation, swab team deployment to crowded spots where the officers would conduct swab tests and vaccination for those who are still not vaccinated. If the swab tests come back positive, then the infected people would be taken to isolation centers. These strategies were proven to be effective as now Surabaya’s public activity restriction level has been reduced to level one.

“We have been pushing for vaccination to be held down to the neighborhood and community unit level at various times and locations,” Fikser said. Officers were also deployed to ensure vaccination for the elderly was in progress. He also said that pandemic control applications had made it easier for field officers to do their jobs.

One of the applications, lawancovid-19, containing COVID-19 handling data and vaccination recapitulation, can be used by officers to assess and analyze the situation up to district and subdistrict levels. “The application contains the names of the people so that our officers can search for them while in the field, “he said.

“The PeduliLindungi application has been installed in all government institutions, all activities are assessed to see whether they comply with the health protocols. This has been all related to stakeholders’ responsibility to be fully involved, including informing people about the health protocols,” he said.