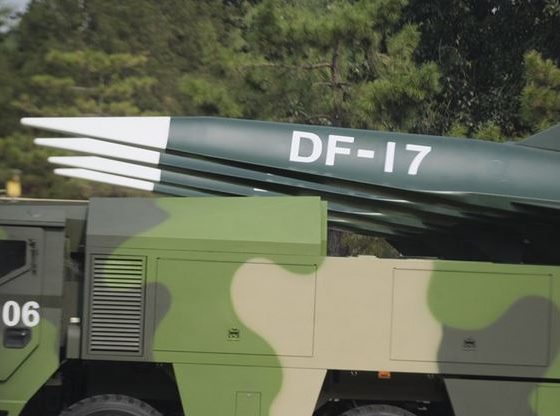 The US tested several types of hypersonic weapons in the past days at a time when it accused China of testing such weapons, which exposed the US’ double standards and its fear that it would lose in the hypersonic “race” with China and Russia, experts said on Friday.

The US Navy and Army successfully conducted three tests on hypersonic weapon component prototypes on Wednesday, and these are expected to contribute to a flight test of a hypersonic missile in fiscal year 2022, which began on October 1, Reuters reported on Thursday.

In another hypersonic technology test by the US Defense Department in Alaska on Thursday, a booster rocket failed to launch, US news website Defense News reported on Friday.

The US is the first country to conduct research on hypersonic weapons, and is still developing and even proliferating hypersonic technologies and investing billions of dollars in upgrading its nuclear triad forces, Wang Wenbin, a spokesperson of China’s Foreign Ministry, told the Global Times at a regular press conference on Friday, responding to the US’ recent hypersonic tests.

The US has repeatedly voiced its so-called concerns over China’s normal spacecraft development and used it to hype the “China threat theory,” Wang said.

China urges the US to respect other countries’ right to develop national defense properly, and stop extensively expanding its own arsenal by hyping the “China threat theory,” Wang said.

The US is very nervous about hypersonic weapons because China and Russia have hypersonic weapons in service, while the US is still testing, Song Zhongping, a Chinese military expert and TV commentator, told the Global Times on Friday.

While the US Army, Navy and Air Force have their own hypersonic programs, they still face some problems, including materials and engines, so the US is hyping hypersonic threats from China and Russia so the US Congress can approve more funds to help it win the “race,” Song said.

Since the US is falling behind, its hype of hypersonic threats is also aimed at dragging China and Russia down into a potential arms control negotiation to limit China and Russia’s capabilities, Song said, noting that hypersonic weapons are difficult to defend against.

This is double standards, Song said.

Also, the “Chinese hypersonic missile” the Financial Times reported was not a missile at all.

Zhao Lijian, a spokesperson of the Ministry of Foreign Affairs, said at a routine press conference on Monday that it was a routine test of spacecraft to verify technology of spacecraft’s reusability.