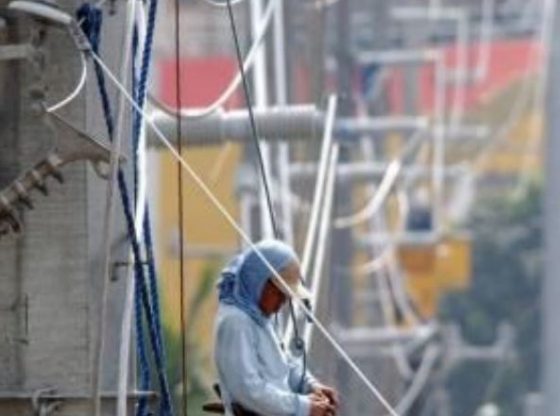 “While the DOH (Department of Health) has Pharmally and the DSWD (Department of Social Welfare and Development) has Starpay, the DOE (Department of Energy) has the PEMC-Iemop,” Pacquiao said during the Senate briefing on the proposed DOE budget for 2022 amounting to P2.13 billion.

Pacquiao blamed Energy Secretary Alfonso Cusi for supposedly allowing a three-month-old private corporation with a mere P7,000 paid-up contribution by its seven incorporators to take over the operation of the electricity spot market and fulfill the requirement of the Electric Power Industry Reform Act of 2001 to set up an independent market operator.

“What is even more painful is how the management of electricity spot market was turned into a racket among relatives, friends, cronies,” he said.

According to Pacquiao, Cusi and his allies also violated the Administrative Code of 1987 for the designation of Ma. Rene Ann Lourdes Garcia-Matibag, incumbent Laguna provincial board member and wife of National Transmission Corp. president Melvin Matibag, as one of the incorporators and interim board members of Iemop.

He also questioned the appointment of Richard Nethercott, husband of Energy Assistant Secretary Caron Aicitel Lascano, as director of PEMC and president and chief executive officer of Iemop.

Meanwhile, Manila Mayor Francisco Domagoso on Thursday vowed to slash excise taxes on oil and electricity by 50 per cent if he wins as president in next year’s elections.

During a town hall meeting with farmers in Banaba village in Tarlac, Domagoso said the move would provide economic relief not only to poor Filipinos but also to the middle class in the country who have been affected by the pandemic.

“To cushion the socioeconomic impact of the pandemic, a 50-per cent reduction in fuel excise tax can lower the power generation cost and another 50-per cent cut on taxes on electricity would mean savings for the majority of our people, many of whom are jobless now due to the Covid-19 pandemic,” he said.

According to Domagoso, the cut on excise tax on fuel would favour operators and drivers of public utility vehicles who would now forego their demand for a fare adjustment due to the series of oil price hikes in the country.

His call came after his meeting with various transport groups who raised their concerns that the rising fuel prices would affect their income.

Marcos said the suspension of excise tax on fuel could lower gasoline prices by P10 per liter and diesel products by P6 per liter.

“Amending the oil deregulation law with the intent of addressing the issue of runaway oil prices will take some time. This move to suspend the excise tax makes sense and will have an immediate positive impact on our people,” he said.

He urged the DOE to study the restoration of the defunct Oil Price Stabilization Fund (OPSF) to protect Filipinos from the impact of rising fuel prices.

Under the OPSF created by his father, former President Ferdinand Marcos, he said oil companies contributed a portion of their sales to the fund to serve as a buffer fund.