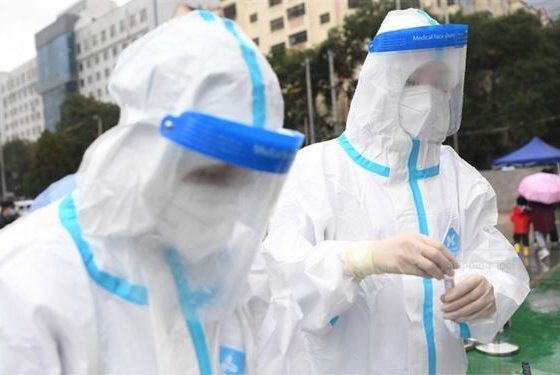 Lanzhou, Northwest China’s Gansu Province, suspended all elementary and secondary schools from Thursday after reporting 4 new confirmed cases of COVID-19 from 16:00 on Tuesday to 16:00 on Wednesday.

Colleges and vocational schools are requested to implement closed management.

The schools have informed teachers and students to take nucleic acid tests and the tests must be completed by Friday, local media reported.
As of Wednesday 8 pm, the city has reported eight local confirmed cases and one asymptomatic case.

Starting from Wednesday night, multiple districts of Lanzhou expanded the scope of nucleic acid testing and carries out the testing around the clock.

The city has also suspended some departing trains in response to the epidemic flare-up.
A tourist group of 20 people from Kunming, Southwest China’s Yunnan Province, to Lanzhou found four positive cases, media reported on Thursday.