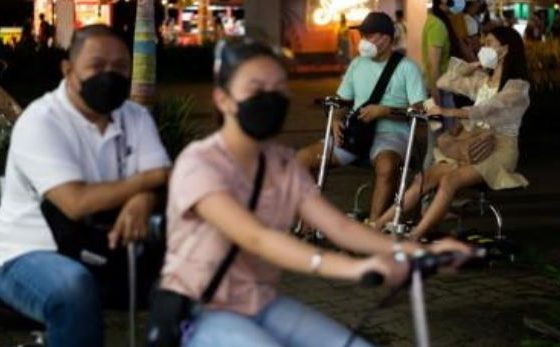 In a report, Pantheon Macroeconomics senior Asia economist Miguel Chanco said the “bump” in cash remittances sent back home by Filipinos working and living abroad during the middle of this year was “fading.”

Despite the 5.1-per cent year-on-year growth in remittances flows in August, Chanco said “the result would have been much softer if not for a favorable base effect, as inflows fell by 2.1 per cent month-on-month, easily reversing the 0.4-per cent gain in July and marking the first decline since April.”

“The decline lends weight to our suspicion that the near 6-per cent spike in June was a one-off, stemming largely from Filipinos overseas transferring more money than usual, to take advantage of the peso’s June-to-July sell-off” when the currency crossed the 50:$1 mark, Chanco said.

It did not help that the number of overseas Filipino workers (OFWs) has been declining since five years ago and further reduced by the Covid-19 pandemic, which sent the global economy crashing last year.

“The renewed momentum in global oil prices should bode well for transfers from the Middle East, which account for just under a fifth of the total. But the link between oil prices and remittances has deteriorated substantially, due to the bigger decline in OFW numbers in the Gulf region compared to the rest of the world,” Chanco said.

In a separate report, Oxford Economics global macro research director Ben May said that “among the larger emerging market economies, we see the Philippines, Indonesia and India faring particularly badly, consistent with the IMF’s (International Monetary Fund) view that developing Asia will suffer the deepest scars.”

Socioeconomic Planning Secretary Karl Kendrick Chua earlier said that while gross domestic product (GDP) will revert to growth this year following last year’s worst post-war recession, the return to prepandemic growth potential could be delayed by 10 years, although foreign investment and other reforms pending in Congress could fast-track recovery.

The stringent lockdowns in the past, which prolonged high joblessness, slashed government revenues, and delayed the return to in-person classes among Filipino youth, among other socioeconomic ills inflicted by Covid-19, would cost the Philippine economy up to P41.4 trillion in output losses until 2060, Chua said last month, citing estimates of the state planning agency National Economic and Development Authority (Neda).

The IMF last week slashed its 2021 GDP growth forecast for the Philippines to 3.2 per cent—below the government’s downscaled 4 to 5 per cent target range—amid expectations that high inflation and the highest unemployment rate in the region would linger.