Philippines DOH says that Covid-19 cases in the country are on downward trend as 6,943 new cases reported on Monday (Oct 18)

Home /Philipines News/Philippines DOH says that Covid-19 cases in the country are on downward trend as 6,943 new cases reported on Monday (Oct 18) 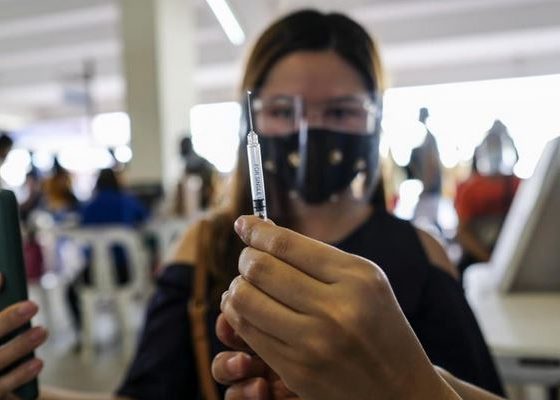 The Philippines’ Department of Health (DOH) reported 6,943 new Covid-19 infections on Monday, pushing the number of confirmed cases in the South-East Asian country to 2,727,286.

The DOH also reported that 86 more people died from Covid-19 complications, bringing the country’s death toll related to the virus to 40,761.

Health Undersecretary Maria Rosario Vergeire said that the virus transmission rate in the country has continued to fall.

“It can be observed that all areas have peaked and are at the downward trend,” Vergeire said in an online briefing.

According to Vergeire, the Zamboanga Peninsula in the southern Philippines “is the sole region with high-risk classification” due to high infection and hospitalization rates.

“Most regions are showing negative two-week growth rates. However, the majority remain with high-risk average daily attack rates,” she said, adding that the country’s COVID-19 deaths have also declined.

“Weekly deaths have been increasing since the last week of July, and deaths peaked in mid-August and had been on a decline since,” Vergeire said.

She said the country saw 100 deaths per day since April and recorded the highest number of fatalities in August with 5,055 or 163 deaths per day. Partial data for October have recorded over 1,000 deaths or 68 deaths per day, she added.

She urged people to remain vigilant against the deadly virus to prevent a new wave of infections.

Vergeire stressed the need to strengthen the local response in all areas to hammer down on daily cases.

“As we safely reopen the economy, mobility will increase. But maintaining detection-to-isolation intervals at four days or further shortening it can counter its negative impact,” she added.

The Philippines eased the lockdown restrictions this weekend by opening more businesses, including cinemas, and allowing activities in the densely populated capital region to rev up the virus-hit economy, enabling people to flock to the malls and parks and ate in restaurants.

Meanwhile, Vergeire said that the Philippines is detecting more Delta coronavirus variants, reporting there are now 4,431 Delta variants detected. The highly infectious variant remains the common linage in the country at 29.2 percent.

The Philippines, which has around 110 million population, has tested more than 20.5 million people since the outbreak in January 2020.