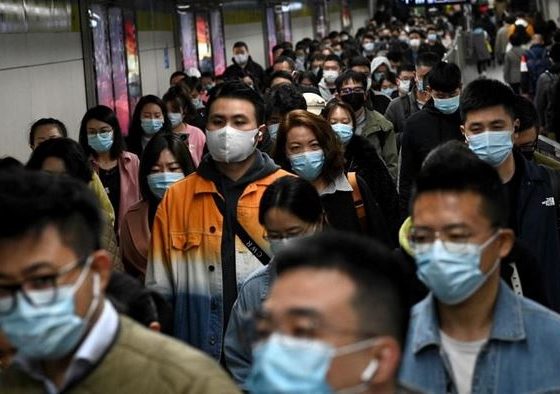 The flareup that surfaced over the weekend has been tied to two retired university lecturers from Shanghai who started a road trip with several others through the nation’s scenic northwestern provinces in early October, according to media reports.

The pathogen proliferated, sparking a handful of local cases in Gansu Province in recent days.

One traveler from Gansu — a close contact of an infected patient — was diagnosed in Beijing on Monday. It’s the city’s first case since a widespread outbreak caused by the highly infectious delta variant this summer prompted officials to scrap travel there to stop further transmission. Authorities have now sealed off apartment buildings and other related venues, according to a statement Tuesday from local health officials.

It’s the latest resurgence in China, the last holdout of several so-called Covid Zero countries seeking to eliminate the virus. It comes just days after the country contained two separate delta outbreaks in its northeastern and coastal provinces.

The elderly couple at the centreof the latest outbreak tested positive on Saturday during their tour, which started around Oct. 9 and included a road trip through Gansu and Inner Mongolia, according to the Global Times. A day earlier, on Friday, Oct. 15, the couple underwent batch testing in Gansu, where they were informed that their results came back abnormal.

They left nevertheless, without informing authorities, and continued on to Shaanxi Province. The next day they were tested again and found to be infected.

While they were waiting for that result, they travelled around the provincial capital of Xi’an and visited many scenic spots. Several people in Shaanxi province were subsequently infected, with Inner Mongolia and Gansu both reporting new cases on Tuesday.

While tiny in comparison to outbreaks in most countries, the cluster — some 20 infections identified so far — underscores the challenges of eliminating the virus. The more dangerous delta variant has wreaked havoc on Covid responses across the globe.

It has breached tight containment measures more often than previous strains in China, which has some of the world’s toughest defenses against Covid and responds aggressively to every new case.

Xi’an, the Shaanxi capital that’s home to 13 million people and the location of the Terracotta Army, is preparing to roll out citywide testing, according to the Global Times.

Ejina, a county in western Inner Mongolia where additional infections were found, has decided to test all residents and visitors for Covid-19 starting Tuesday.

The risk is that the outbreak may spread further. Another case was reported in the southern Chinese province of Hunan on Tuesday, more than 1,000 kilometres (621 miles) away from the clusters in the northwestern provinces, though the person also was coming from Gansu.