Home /Indian Politics, Terrorism/India to move some migrant workers in Kashmir to army camps after killings 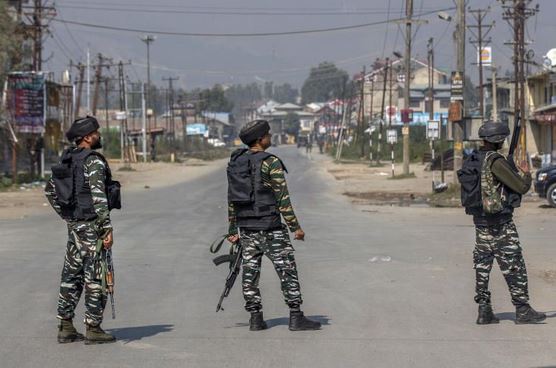 Vulnerable Indian migrant workers in Kashmir will be moved to army and police camps for protection after several were killed by militants, the police chief on the Indian side of the disputed region has announced.

Vijay Kumar said he had instructed his officers to move workers after three labourers from the eastern state of Bihar were shot in their rented accommodation on Sunday, two of whom died.

“I have directed officers to shift the vulnerable urgently,” he told Reuters.

It was not immediately clear how many of the tens of thousands of Indians from other states who are working in Kashmir would be affected, or if they would be confined in the camps or if the directive was compulsory.

Nobody has yet claimed responsibility for Sunday’s killings, or for an incident the previous day in which two other migrant workers were shot dead.

Muslim-majority Kashmir is claimed in full by India and Pakistan but divided between them.

The Indian-ruled part has witnessed a decades-long armed insurrection that has only begun targeting migrant workers in recent weeks.

New Delhi accuses Islamabad of supporting the militants. Pakistan denies the charge, saying it only provides diplomatic and moral backing to the Kashmiri people