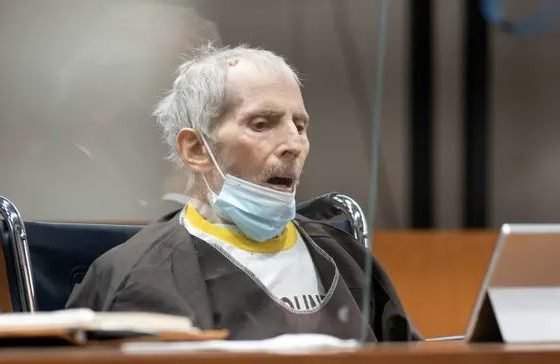 Robert Durst, the wealthy New York real estate heir and convicted murderer, is on a ventilator after testing positive for Covid-19, his attorney has confirmed to the Los Angeles Times.

DeGuerin confirmed to the Times that Durst had been hospitalized and placed on a ventilator in a wing of USC medical center under the watch of the Los Angeles county sheriff’s department where he has been through out his recent murder trial.

The announcement of a Covid-19 infection comes two days after Durst, 78, was sentenced to life imprisonment for the murder of Susan Berman in 2000, a slaying possibly tied to the 1982 disappearance Durst’s wife, Kathie McCormack Durst.

Durst appeared frail and at times confused at trial. His lawyers said at Thursday’s sentencing they plan to appeal his conviction.

The latest development in the Durst story comes a month after a Los Angeles jury convicted Durst of first-degree murder in the 2000 killing. At trial, prosecutors argued that Durst had shot Berman at point-blank range in her home to prevent her from telling police what she knew about the disappearance of Durst’s wife, whose body has never been found.

Six years ago, a documentary series The Jinx: The Life and Deaths of Robert Durst brought new public attention to the accusations against Durst. He was arrested on the eve of the airing of the last episode, in which Durst appeared to confess to the killings, saying to himself, “What the hell did I do? … Killed them all, of course.”

The Berman case verdict was the first homicide conviction for Durst, who has also been linked to the death of neighbor Morris Black, whose body parts were found In Galveston Bay, Texas. Durst had fled to Texas after Berman’s killing and lived under an assumed name, Dorothy Ciner, and regularly wore a woman’s wig, dresses and high heels.

Claiming self-defense, Durst was acquitted of Black’s murder in 2001, despite admitting to dismembering his body.