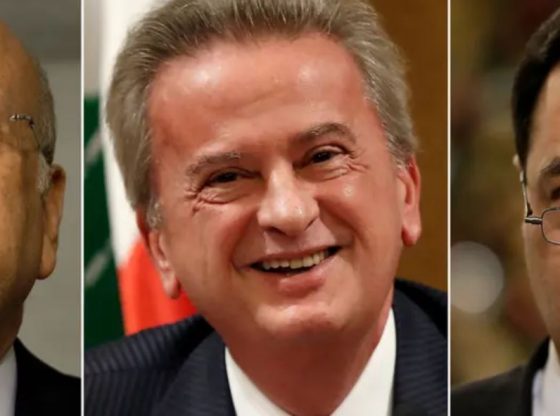 A trove of leaked documents confirmed that for years, Lebanon’s politicians and bankers have stowed wealth in offshore tax havens and used it to buy expensive properties—a galling revelation for masses of newly impoverished Lebanese caught in one of the world’s worst economic meltdowns in decades.

Some of the newly outed holders of offshore accounts belong to the same ruling elite that is being blamed for the collapse and for derailing the lives of ordinary Lebanese who have lost access to savings and now struggle to get fuel, electricity and medicine.

Bold-faced names in the leaked documents include the longtime central bank governor, a pivotal figure in the failed policies that helped trigger the financial crisis, as well as Prime Minister Najib Mikati and his predecessor.

The documents, named the “Pandora Papers,” were examined by the International Consortium of Investigative Journalists, with the first findings released Sunday. The ICIJ report exposes the offshore secrets of wealthy elites from more than 200 countries and territories.

It was based on a review of nearly 11.9 million records obtained from 14 firms that provide services in setting up offshore firms and shell companies. Clients of such firms are often trying to hide their wealth and financial activities.

Setting up an offshore company is not illegal, but reinforces the perception that the wealthy and powerful play by different rules—a particularly upsetting notion for many Lebanese.

The papers show how members of the political class were sending wealth abroad for years, even as they urged people to deposit money in Lebanon’s banks, assuring them that it was safe, said Alia Ibrahim, a Lebanese journalist.

“We are not talking about regular citizens,” said Ibrahim, a co-founder of Daraj, a Beirut-based independent digital media platform, and one of sores of journalists across the world who worked with ICIJ on the investigation into the documents.