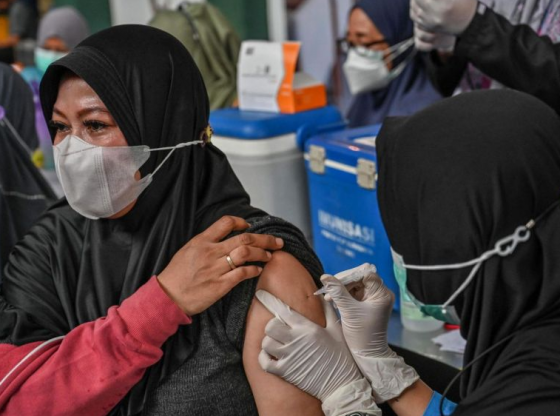 JAKARTA – Indonesia is finalising a plan to offer free Covid-19 vaccine boosters to more than 114 million people in anticipation of an “inevitable” third wave of coronavirus outbreak.

Free booster shots are being considered for people in the low-income category under various government programmes, according to Coordinating Minister of Economic Affairs Airlangga Hartarto.

The plan for 137.2 million doses of booster vaccines to cover 50 per cent to 60 per cent of the population will be decided this week, he said in a briefing on Monday (Sept 27).

The world’s largest archipelago is intensifying its inoculation campaign with less than a fifth of its 270 million population fully vaccinated against the virus, lagging behind many of its Asian neighbours, according to Bloomberg Vaccine Tracker.

The government has said another surge of infections caused by new variants is “inevitable” and that a third wave of outbreak could occur in November or December.

Indonesia braces for the third wave of COVID-19 infections
Indonesia eyes 10,000-strong event in test of life with the coronavirus