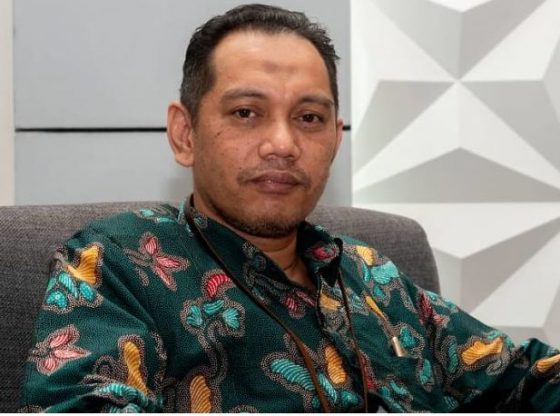 JAKARTA: The urgency of the COVID-19 pandemic in Indonesia, especially in terms of procuring medical supplies and rolling out social assistance packages, has heightened the risk of corruption, said a deputy chairman of the Corruption Eradication Commission.

In an exclusive interview with CNA, Mr Nurul Ghufron noted that COVID-19 has prompted the government to loosen regulations and bypass procedures in order to procure health equipment quickly as well as to roll out incentives and social aid in a timely manner.

“Even when the regulations and procedures were in place, corruption practices were bound to happen. We can imagine what happens if they are loosened. The risk of corruption is higher today because there are people who try to take advantage of loosened regulations,” he said on Mar 5.

As some government officials and public workers have been allowed to work from home during the pandemic, this has also made supervision and monitoring more difficult, said Mr Ghufron who is among the four deputy chairman of the commission.

The commission, better known by its Indonesian acronym KPK, arrested then-social affairs minister Juliari Batubara on Dec 6 for allegedly receiving 17 billion rupiah (US$1.18 million) in bribes from several companies in exchange for naming them as contractors in the ministry’s social aid distribution projects to help 20 million families.

The KPK has also made other high-profile arrests in the past year, including then-fisheries minister Edhy Prabowo and the governor of South Sulawesi, Nurdin Abdullah for separate cases of bribery. Mr Abdullah was the 2017 recipient of the prestigious Bung Hatta Anti Corruption Award.

Mr Ghufrom said that the pandemic is not the cause of corruption in Indonesia. It merely worsened the situation, he said.

“Most corruption cases in Indonesia are related to procurement and embezzlement of state coffers. One key factor why this keeps occurring is because our databases are in a mess. Even before the pandemic, the databases were messy,” the graft buster said

“Various ministries have different social aid distribution programmes for affected workers and the poor. But there is no structured and integrated database on who is eligible to receive them. This causes some people to be eligible for two or three different programmes from different ministries. But there are also people who are not eligible for any kind of aid from the government.

“The absence of a structured and integrated database of potential recipients makes social aid distribution in Indonesia prone to manipulation and corruption,” he said.

Mr Batubara is not the first Indonesian social affairs minister to be arrested for corruption. In 2011, former minister Bachtiar Chamsyah was found guilty of corruption related to several of the ministry’s community empowerment programmes which cost the state 33.7 billion rupiah in losses. He was sentenced to 20 months in jail.

Additionally, former social affairs minister Idrus Marham was sentenced to jail for two years in 2018 for receiving bribes, although his case was connected to his role as a secretary-general of Golkar, one of Indonesia’s biggest political parties.

Mr Ghufron said it is important for the government to employ people of high integrity for strategic posts.

“There have been improvements in our procurement system so that corruption is limited if not eliminated. There is now more transparency through the use of an electronic bidding process. But the people running the system are human. Manipulation can still occur before a tender process begins and data is inputted into the system,” he explained.