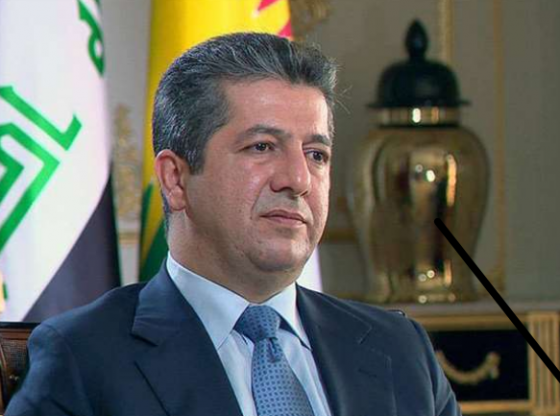 “We are following with great concern the situation in the disputed territories, especially in Kirkuk province, as it faces a systematic and deliberate policy of Arabization and demographic change in a clear repetition of the Arabization policy that was practised in the same areas during the era of the previous regime,” Barzani said in a statement.

“What makes us feel concerned and surprised by these practices,” he continued, “is that they are taking place under a democratic system in Iraq, under the sovereignty of a constitution which in turn established a road map and mechanisms for normalizing the situation in the disputed areas as well as a mechanism to determine their fate.”

Starting in the 1960s, Kurds living in many of these locations, most prominently in Kirkuk, were forced to leave their homes and Arabs were moved in as apart of the Iraqi government’s intentional change in local demographics known as “Arabization.” Following the fall of the former regime in 2003, large numbers of Kurdish families returned to such areas, often with Kurdish Peshmerga forces providing security.

In its hostile reaction to the Kurdistan Region’s 2017 independence referendum, the Iraqi forces and Iran-backed militias of the Popular Mobilization Forces (PMF) attacked Peshmerga in Kirkuk and other disputed territories, pushing them from the areas. Since then, according to Kurds from some 40 villages in the Kirkuk, groups od Arab Iraqis have come back to reclaim lands they consider theirs after being given to them by the former government.

Security in Kirkuk and other disputed territories has been on the decline since the forced withdrawal of the Peshmerga who had been protecting them for years, something Kurdish residents say is to the advantage of those now attempting to seize the property.

Article 140, a provision that outlines a mechanism to solve the issue of the disputed territories, was introduced into the Iraqi constitution to allow its 2005 ratification by kicking the controversial decisions down the road. Over a decade has passed since the 2007 deadline for its implementation.

Regarding the recent pressure for Kurdish residents to leave their properties, Barzani said, “We will not accept this policy, especially the resettlement of those who are not from these areas, their resettlement in Kurdish villages and areas, the expulsion of Kurdish and Turkmen citizens from their villages, the dispossession of their agricultural lands, and giving them to those who have benefited for over 35 years from the policies of the former regime.”

He charged that the federal government in Baghdad must “take the necessary action and exercise its constitutional powers by directing that local administrations desist from and such actions as well as preventing them from involving military units and other security services in the implemention of these policies,” and stressed “the necessity to normalize the situation in these areas and implement Article 140 of the constitution.”

The prime minister also called on the United Nations directly “to intervene and stop these grave violations of the rights of indigenous people from administrative, military, and security exclusion, as well as marginalization, the dispossession of their agricultural lands and properties, and displacement from their villages.”

“The imposition of this policy will affect societal peace in these areas, which we desire to turn into a place for peaceful and fraternal coexistence among all its components.”

The Kurdistan Regional Government’s (KRG) Minister of State focusing on negotiations with Baghdad, Khalid Shwani, said on Monday that the acting governor of Kirkuk, Rakan al-Jabouri, bears responsibility for the Arabization movement in Kirkuk.

Last week, Iraq’s main anti-corruption body announced it had issued a summoning order and placed a travel ban on Jabouri, as well as the arrest of nearly two dozen other public servants.

The Iraqi Integrity Commission said in a statement that an investigation court had issued the orders on allegations of “the waste of public money in the project of constructing schools” for about 58 billion dinars, nearly $49 million.