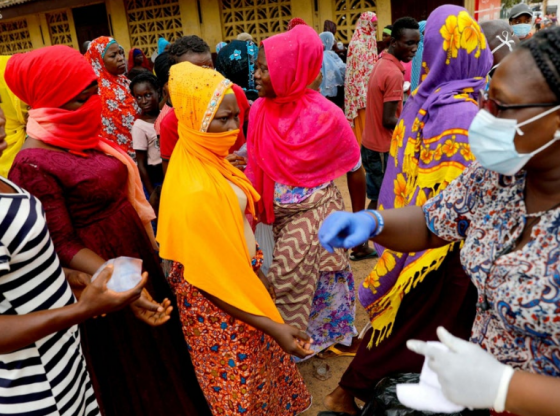 Reporting rape is traumatic for anyone, but having to pay two months’ wages to complete the medical form prevents many in Ghana from seeking justice, said a leading actor whose campaign to waive fees has reached the presidential palace.

British-Ghanaian actor Ama K. Abebrese – who starred with Idris Elba in the award-winning 2015 drama Beasts of No Nation – started a petition after hearing about the prohibitive charges in the West African nation where rape convictions are rare.

The minimum doctor’s fee for filling out a police medical form is 300 cedi (£40) – twice the average monthly earnings of informal workers, said Ms Abebrese, one of Ghana’s most influential TV hosts who started out as a teenager presenter in London.

“If you can’t afford it, it is almost like you are denied justice on the basis of money,” said Ms Abebrese, whose petition has attracted more than 14,000 signatures in a month.

“If you don’t get that medical report, essentially, the case to prosecute dies right there and then.”

Rape, sexual assault and domestic violence are significantly underreported in Ghana and the police lack capacity to effectively investigate cases, which can take years to reach court, according to women’s rights groups.

Community leaders sometimes negotiate for rapists to pay compensation to victims’ families but they have come under fire in recent years for not taking the crime seriously enough.

Ms Abebrese said she was hopeful that the government would scrap the medical fees after she met with Ghana’s first lady Rebecca Akufo-Addo, who said the president had been made aware of the situation, and with gender minister Cynthia Morrison.

A gender ministry spokesperson told the Thomson Reuters Foundation that they were “working on it”.

Police spokesperson Sheilla Abayie-Buckman said many people could not afford to complete the medical form.

“It is quite expensive for an ordinary person. I guess not more than 50 per cent are able to afford (it)” said Ms Abayie-Buckman, who was unable to provide statistics on rape reports.

Frank Ankobea, president of the GMA, which represents medics and sets the fees, said they were necessary to cover doctors’ transport and expenses if called to court.

“Professionals charge that and it is so with all other professions,” he said, adding, “the government can absorb (the cost) and make sure all these provisions are made.”

Since starting the campaign, Ms Abebrese said she has received dozens of calls from victims of sexual assault who were unable to seek justice because of the cost.

“(For) so many people, their cases were never prosecuted, it has really opened my eyes,” she said.

“You think you have an idea but you have no idea the magnitude,” said Ms Abebrese, who recently called for a relationship expert who said in an interview that “every rape victim enjoys the act” to be banned from Ghanaian television.

Most Ghanaians believe that women are to blame for rape if they wear revealing clothes, according to a government survey.

He said that rape survivors in Kenya have to pay $10 (£7.6) to $15 (£11.5) for a medical report and free post-rape care is only available in centres run by charities in many countries.

Mr Murunga called on African governments to live up to legally binding promises, made in a pan-African women’s rights pact known as the Maputo Protocol, to ensure access to justice.

“The protocol … obliges African states to provide budgetary and other resources for preventing and eradicating violence against women,” he said. “This is yet to be realised.”