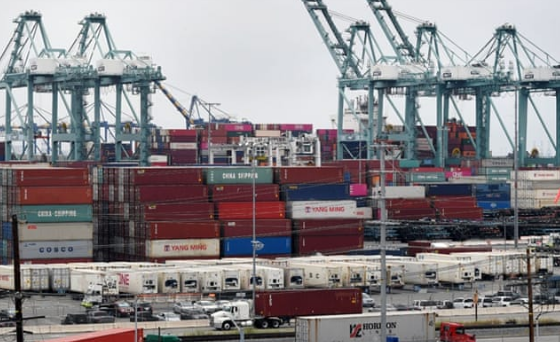 Jordan will suspend schools for two weeks from Thursday and close places of worship, restaurants and public markets as part of renewed restrictions after a record spike in cases in the last few days.

Health authorities have so far recorded 3,528 coronavirus infections, including 26 deaths.

Australia’s Victoria state, at the centre of the country’s latest coronavirus outbreak, has reported 42 new cases, compared with 35 a day earlier.

Victoria, Australia’s second-most populous state, said no deaths from the virus were reported in the last 24 hours.

Melbourne, the southeastern state’s capital, is on an extended hard lockdown until September 28. Those curbs have helped to bring down the daily rise in cases in the state to double digits after it touched highs of more than 700.

The Badminton World Federation (BWF) says this year’s Thomas and Uber Cup Finals in Denmark have been postponed until 2021.

South Korea and Indonesia pulled out of the biennial championship on Saturday, joining Australia, Taiwan and Thailand.

The finals were originally scheduled for May but were first postponed to August because of COVID-19 and then October.

“These are exceptional circumstances we find ourselves in and while a return to international badminton remains a priority for the BWF, the health and safety of the entire badminton community is of utmost importance,” the federation said in a statement.

Universities, colleges and secondary schools will reopen in Pakistan for the first time in six months on Tuesday.

It’s the first phase of the country’s plan to resume education, and there’ll be strict protocols in place to reduce the risk of the coronavirus spreading.

Pakistan registered 404 new cases of the coronavirus and six deaths on Monday.

Hong Kong chief executive Carrie Lam has described the territory’s mass screening for COVID-19 as a success, even though less than a quarter of the 7.5 million population has taken part.

“To have 1.78 million voluntarily take part in a massive testing programme is a very good result,” Lam said, according to public broadcaster RTHK, adding the tests would help the authorities identify asymptomatic cases and fine-tune their pandemic response.

“Now with a relatively low rate – I think the rate is perhaps two cases per 100,000 situation – that provides a very good epidemiological picture of what is happening in Hong Kong.”

The Union Solidarity and Development Party (USDP), Myanmar’s main opposition party, and a number of smaller parties, are calling for elections due in November to be postponed after a surge in coronavirus cases.

Myanmar has confirmed more than 3,000 cases of coronavirus and 32 deaths after a sudden resurgence in the pandemic in the middle of last month.

Chinese companies are betting on a bright future for plant-based ‘meat’ products as people take their health more seriously in the wake of the COVID-19 pandemic and other health scares.

Beijing-based startup Zhenmeat, whose products include plant-based meatballs, steak, pork loin, crayfish and dumplings, is one of many small Chinese companies entering the market, and its ‘meatballs’ – made of pea and soy protein – are now available on a trial basis at a Beijing store of Chinese hot-pot chain Hope Tree.

China Market Research Group Director Ben Cavender says the key to the future of the plant-based meat market is taste. “When we interview consumers the vast majority say they’re open to trying these products once,” he said. “But the big question is how do they like it? Do they see how they can fit it into their diet on daily basis, whether that’s cooking at home or at restaurants? But if they do like it they’ll keep buying.”

03:20 GMT – China vaccines may be ready as early as November: official

An official with the China Centre for Disease Control and Prevention (CDC) has told state television, that the coronavirus vaccines the country is developing could be ready for use by the general public as early as November.

Phase-three clinical trials were going smoothly and the vaccines could be ready for the general public in November or December, CDC chief biosafety expert Guizhen Wu said in an interview with state TV late on Monday.

Wu took an experimental vaccine herself in April and said she has experienced no abnormal symptoms, but did not specify which vaccines she was referring to. China has four vaccines in the final stage of clinical trials, and at least three have already been offered to essential workers under an emergency use programme launched in July.

The economies of developing Asia – from the Cook Islands in the Pacific to Kazakhstan in Central Asia – are expected to contract in 2020 for the first time in nearly six decades, throwing tens of millions of people into poverty, according to the Asian Development Bank.

The 0.7 percent drop in gross domestic product compares with the ADB’s previous estimate made in June for 0.1 percent growth, and marks “the first regional GDP contraction since the early 1960s”, the bank said.

The ADB says the region should return to growth in 2021, forecasting expansion of 6.8 percent, but the coronavirus will be key.

Only 3.5 percent of COVID-19 tests came back positive in California over the last seven days, the lowest rate since the state began reporting the data in March, according to a report in the Los Angeles Times.

A federal judge in the United States state of Pennsylvania has ruled that lockdown measures imposed in March to curb the spread of COVID-19 are “unconstitutional”.

The measures, including the closure of businesses and a limit on the size of gatherings, were challenged in court by several Republican lawmakers and small business owners, who argued the restrictions put their enterprises at risk.

Judge William Stickman ruled in their favour, and said that even if the state’s governor acted with “good intention of addressing a public health emergency”, he did not have the right to infringe on citizens’ fundamental freedoms.

“There is no question that this country has faced, and will face, emergencies of every sort,” the judge wrote. “But the solution to a national crisis can never be permitted to supersede the commitment to individual liberty that stands as the foundation of the American experiment.”

The Chinese city of Ruili, which lies on the border with Myanmar, will begin nucleic acid testing of all residents after two people were discovered to have COVID-19 on Sunday.

The two patients are both from Myanmar and entered China illegally, according to state broadcaster CGTN. They have been isolated in hospital along with five others. Some 190 close contacts of the two have also been put in isolation.

A citywide lockdown has been imposed in Ruili and all residents told to stay at home.