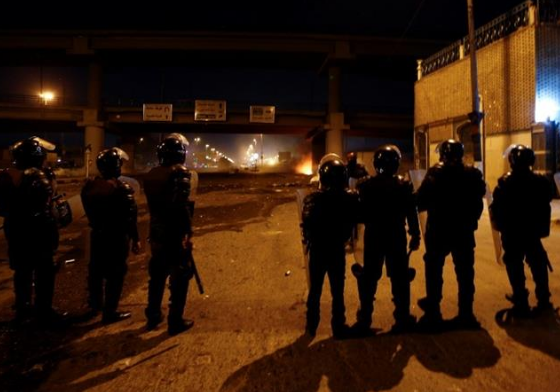 Rights group Amnesty International has accused Iran of using torture to extract confessions, saying hundreds of people have been jailed since a sweeping crackdown against protests last year.

Demonstrations erupted across Iran in November 2019 after a significant petrol price rise, but they were put down by the Iranian security forces with mass arrests amid a near-total internet blackout.

Amnesty said it had gathered dozens of testimonies from the 7,000 people it estimated were arrested, which included children as young as 10. Additionally, video recordings, court documents and statements by the authorities were also evaluated.

Those arrested were tortured into “confessions” of involvement in the protests, membership of opposition groups or contact with foreign governments and media, it added.

There was no immediate comment by Iranian officials. Iran has previously rejected Amnesty’s reports about the protests.

The rights group also said it recorded the names of more than 500 people “subjected to unfair criminal proceedings”.

Prison sentences ranged from one month to 10 years, the report added.

“It felt like my entire body was being pierced with millions of needles,” one man allegedly tortured with electricity told Amnesty.

Another man said he was suspended from his hands and feet from a pole – a method reportedly called “chicken kebab” by his interrogators – the report read.

In May, Iran’s interior minister suggested that up to 230 people were killed during the November protests, when petrol pumps were torched, police stations attacked and shops looted.

A group of independent United Nations rights experts said in December that more than 400 people could have been killed in the crackdown, based on unconfirmed reports.

Iran accused “thugs” backed by the United States, Israel and Saudi Arabia for the unrest, which it described as the work of a “very dangerous conspiracy”.

The country’s economy has been choked by crippling sanctions reimposed by the US in 2018, three years after Washington unilaterally pulled out of a landmark nuclear deal signed between Tehran and world powers.

Mohammad Marandi, head of North American studies at the University of Tehran, said Amnesty was a biased organisation that “is supported by Western governments and in particular the US”.

“Amnesty International … is neither objective nor is it in any way or form unbiased towards Iran,” he told Al Jazeera.