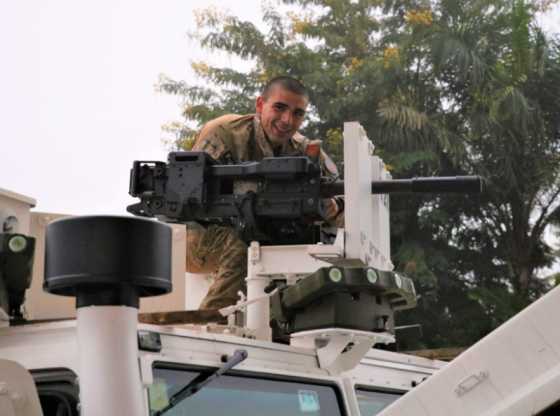 The Portuguese soldiers, of the 7th Detached National Force, mainly composed of paratroopers, on mission in the Central African Republic in the service of the United Nations, carry out a joint operation with peacekeepers from Nepal, and also benefit from the support of helicopters from the United Nations. Pakistan and Sri Lanka, aimed at stabilizing peace in the region of Bocaranga, located in the northwest of the country, near the border with Chad and Cameroon.

The priority mission is the protection of civilians, by dissuading and restricting the movement of armed elements assigned to the 3 R group (return, complaint, reconciliation) which, in manifest non-compliance with the peace agreements signed in February 2019, between the government of the Central African Republic and the armed groups, is in the process of hostilising the population and operating outside the region of Koui (about 25 kilometers west of Bocaranga), to which it should be circumscribed.

After leaving Bangui on July 30, the projection of the Portuguese Force by land involved a movement of approximately 550 km which, due to weather and terrain conditions, resulted in a displacement of 5 days. In this operation, the Portuguese force used for the first time the new VAMTAC ST5 armored vehicles  recently sent by the army to the Central African Republic, which guarantee a greater capacity of protection, mobility and firepower to the Portuguese force.

It is the 7th national force highlighted in this theater of operations, the current contingent being made up of 180 soldiers, mainly special parachute troops of the Portuguese army, also integrating soldiers from other army units. and Air Force forward air traffic controllers.