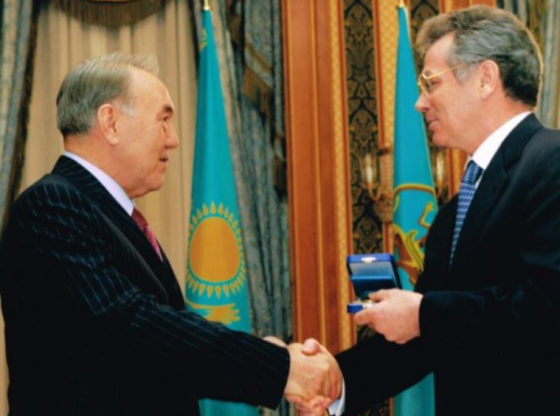 ALMATY — A court in Kazakhstan opened preliminary hearings in the case against former Almaty Mayor Viktor Khrapunov and his wife, Leila Kharpunova, on July 26.

The two, who are living in Switzerland, have been charged in absentia with fraud, creating and running an organized-crime group, money laundering, abuse of office, and embezzlement.

Ten individuals who worked under Khrapunov’s supervision while he was mayor between 1997 and 2004 have also been charged. They have been ordered not to leave Almaty and were present at the hearing.

After serving as Almaty mayor, Khrapunov was appointed governor of the East Kazakhstan region. He was sacked from that post in 2007 and served for a short time as emergency situations minister.

Khrapunov and his family moved to Switzerland in 2007 in the wake of a scandal surrounding land parcels that he allegedly distributed illegally during his tenure as mayor.

Khrapunov has rejected the charges against him and his wife, saying they are politically motivated.

Khrapunov’s stepson, Ilyas Khrapunov, is married to a daughter of fugitive Kazakh tycoon Mukhtar Ablyazov, a critic of longtime President Nursultan Nazarbaev. Ablyazov has been living in self-imposed exile in Europe since 2009.

Ablyazov was tried in absentia in Almaty in June 2017 and sentenced to 20 years in prison on charges of organizing and leading a criminal group, abuse of office, embezzlement, and financial mismanagement.