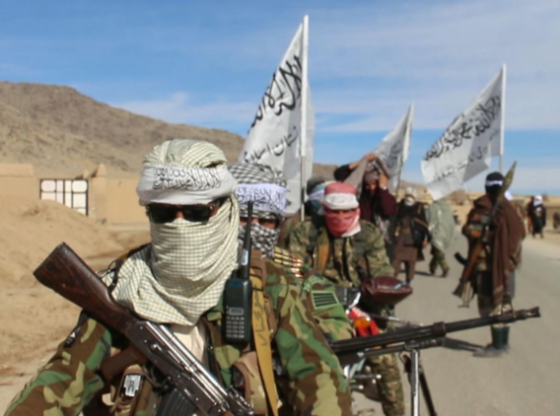 The merger was announced days after the army said operations against armed groups had brought ‘hard-earned success’.

The Pakistan Taliban has brought two splinter groups back into its fold, it announced in a statement, days after the army said nationwide operations against armed groups had brought “hard-earned success”.

The Pakistan Taliban, fighting to overthrow the government, is an umbrella of Sunni armed groups called Tehrik-e-Taliban Pakistan (TTP), which has broken into many divisions.

The TTP, designated a “terrorist” group by the United States, has been in disarray in recent years, especially after several of its top leaders were killed by US drone attacks on both sides of the border, forcing its members into shelter in Afghanistan, or fleeing to urban Pakistan.

“Tehrik-e-Taliban Pakistan welcomes them,” the TTP statement said of the two splinter groups, adding that it would like all groups to unite.

The reunion with Jamat-ul-Ahrar (JuA) and Hizb-ul-Ahrar (HuA) appears significant in view of the rise in attacks against security forces, most claimed by the TTP, including some suicide bombings.

“The war against terrorism has yielded some hard-earned success,” he told a news conference. “More than 18,000 terrorists have been killed and more than 400 tonnes of explosive material seized” in a countrywide anti-militant operation that started in 2017.

The reunion comes at a time when the US is promoting peace talks between the Afghan Taliban and the government in Kabul.

The US signed an agreement with the Taliban in February that called for US troops withdrawal in exchange for security guarantee from the Afghan armed group, which has been fighting the Afghan and US-led NATO forces since 2001.

The Pakistan Taliban said the two groups pledged allegiance to the TTP chief, Mufti Noor Wali, shown in photos at a ceremony.

It was not clear what side of the border the ceremony took place. Government and military officials did not comment on the merger or the location of the ceremony.

The JuA, which broke away from the TTP in 2014, has been involved in major attacks, including the 2016 suicide bombing in a park in the eastern city of Lahore that the group said targeted Christians celebrating Easter. It killed more than 70 people.