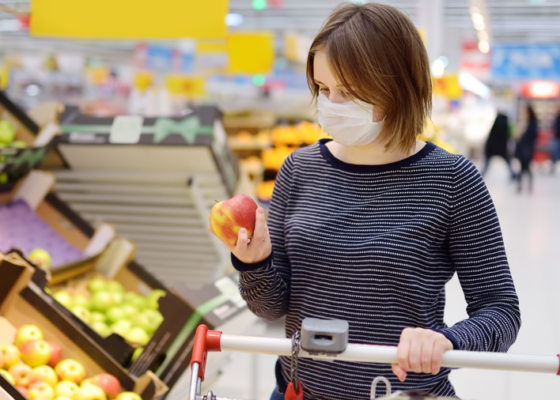 Russia reported 4,748 new coronavirus cases on Tuesday, pushing its nationwide tally to 932,493, the fourth largest in the world.

The country’s coronavirus crisis response centre said 132 people had died of the disease in the last 24 hours, bringing the official coronavirus death toll to 15,872.

Marks and Spencer, the British retail chain selling clothing and food, is to cut around 7,000 jobs as the coronavirus pandemic keeps shoppers away from its stores, it announced Tuesday.

The job cuts, to be carried out over the next three months, include losses from its central support centre, in regional management and in its UK stores, M&S said in statement.

07:20 GMT – India interior minister back in hospital after recovering from COVID-19

India’s interior minister Amit Shah was hospitalised again on Tuesday after complaining of fatigue and body ache, four days after he said he had recovered from COVID-19.

Shah, a close aide of Prime Minister Narendra Modi and the virtual number-two in his cabinet, was admitted to the government-run All India Institute for Medical Sciences in the capital New Delhi, the hospital said in a statement.

“He is comfortable and continuing his work from the hospital,” it said, adding he had now tested negative for COVID-19.

India has reported the world’s third-largest number of infections after the United States and Brazil, with cases topping 50,000 every day since July 30.

Russian Energy Minister Alexander Novak will join an OPEC+ ministers’ video meeting on Wednesday despite testing positive for coronavirus while on a work trip in Russia’s far east, the energy ministry said.

“The minister feels good. He has no symptoms,” a ministry spokeswoman told Reuters news agency.

Novak is in Russia’s far east as part of a government delegation headed by Prime Minister Mikhail Mishustin, who had contracted the novel coronavirus in late April.

South Korea reported 246 more cases of coronavirus – 235 of them locally acquired – on Tuesday, its fifth day of triple digit increases.

Of the new cases, 131 were reported in Seoul and 52 in the surrounding Gyeonggi Province.

Scores of cases have been traced to the Sarang Jeil Church in the north of the capital, and authorities have urged people who attended an anti-government rally on Saturday to get tested because some church followers known to have the virus were at the protest.

“This week will be a critical juncture for the country’s virus fight as cluster infections in the greater capital area are on the brink of spreading nationwide,” Vice Health Minister Kim Ganglip told a regular press briefing.

Hongkong Post says it will arrange COVID-19 testing for a total of around 3,800 staff responsible for mail delivery, outdoor duties and counter service, The tests are scheduled for August 20 and 21 and Hongkong Post expects the process will be completed within two days of taking a specimen.

China’s state media is reporting that a potential vaccine being developed by a unit of China National Pharmaceutical Group (Sinopharm), will cost no more than 1,000 yuan ($144.27) for two shots.

Sinopharm says its vaccine – currently in late stage human trials in the United Arab Emirates – could be ready for public use by the end of this year.

“It will not be priced very high,” Sinopharm chairman Liu Jingzhen was quoted as saying by the Guangming Daily.

More than 200 vaccines are currently in development with more than 20 in human trials.

The World Health Organization’s regional director for the Western Pacific says younger people – those in their 20s, 30s and 40s – are increasingly driving the pandemic.

Takeshi Kasai told a virtual briefing that many were unaware they had the disease.

“This increases the risk of spillovers to the more vulnerable: the elderly, the sick people in long-term care, people who live in densely populated areas and underserved areas,” he said.

A prominent expert in infectious diseases says the mutation of the coronavirus into a more infectious strain could be a “good thing” because it appears to be less deadly.

Paul Tambyah, a senior consultant at the National University of Singapore and president-elect of the International Society of Infectious Diseases, says the D614G strain increasingly found in Europe – and this week reported in Malaysia – told Reuters viruses tended to become less deadly as they mutated.

“It is in the virus’ interest to infect more people but not to kill them because a virus depends on the host,” he told the news agency. The proliferation of the mutation had coincided with a drop in death rates, he noted.

You can read more on that story here.

While New Zealand may have ruled out frozen food imports as the source of its latest outbreak of coronavirus, Chinese state media reports the southern city of Shenzhen is setting up a warehouse specifically to handle such imports.

All imported frozen foods will have to go through the facility, where they will be disinfected, before they can be processed, stored or sold in Shenzhen. Samples will also be taken for nucleic acid testing.

New Zealand has ruled out frozen food and freight as the cause of the recent coronavirus outbreak in Auckland.

Director General of Health Ashley Bloomfield told the media that investigations showed the virus did not come through chilled foods or materials arriving from overseas at a cold storage facility where one of the people diagnosed with the virus worked.

Auckland is in lockdown until August 26 and investigations into the origin of the outbreak are continuing.

02:20 GMT – Coronavirus on agenda as Democrats open convention in US

The Democrats in the US have begun the convention that will officially nominate Joe Biden as the party’s candidate in November’s presidential elections.

Actress Eva Longoria opened the event – held virtually because of COVID-19 – by saying that the pandemic had “affected us all”.

Later, New York Governor Andrew Cuomo addressed the convention saying that the administration of incumbent President Donald Trump was “dysfunctional and incompetent” and had failed to tackle the coronavirus.

Rio de Janeiro’s mayor has scrapped plans to launch an app for people to reserve their space on the beach after public ridicule.

Marcelo Crivella was inundated with criticism and a flood of memes on social media after announcing the proposal last week.

The mayor’s office now says the app will be scrapped and sitting on the beach will remain banned.

People have been allowed to swim in the ocean since the end of last month.

New Zealand’s reported 13 new cases of coronavirus over the past 24 hours.

12 of the cases are linked to an existing cluster that forced the lockdown of Auckland – the country’s biggest city.

00:30 GMT – Protests in Argentina against extension of coronavirus restrictions

Thousands of people have taken to the streets in cities across Argentina to show their opposition to President Alberto Fernandez and his plans to extend coronavirus restrictions in the region around Buenos Aires.

Argentina has recorded nearly 300,000 cases of the disease and 5,750 deaths. About 90 percent of the cases have been in Buenos Aires where the coronavirus curbs have been extended until August 30.

00:10 GMT – Hopes rise in Victoria that outbreak easing after lowest cases in a month

The Australian state of Victoria has reported its lowest number of coronavirus cases in a month, raising hopes that the second wave outbreak in the state is slowing.

Victoria reported 222 cases of the disease in the last 24 hours.

It also reported a further 17 deaths.

MoMA has been closed for five months because of the coronavirus pandemic.

The Metropolitan Museum of Art is due to open on August 29, while the Whitney Museum of American Art will reopen on September 3.