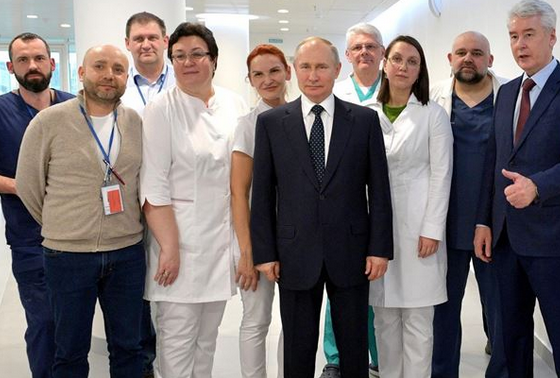 The World Health Organization said any WHO stamp of approval on a COVID-19 vaccine candidate would require a rigorous safety data review, after Russia announced it had approved a vaccine.

“We are in close contact with the Russian health authorities and discussions are ongoing with respect to possible WHO pre-qualification of the vaccine,” the United Nations health agency’s spokesman Tarik Jasarevic told reporters in Geneva at an online press briefing.

“Pre-qualification of any vaccine includes the rigorous review and assessment of all the required safety and efficacy data.”

New confirmed coronavirus cases in the Netherlands jumped to 4,036 in the past week, continuing the rapid increase seen since the easing of lockdown measures last month, Dutch health authorities said.

The number of infections was up 55 percent from the 2,588 cases reported over the previous week.

The only crossing between Gaza and Egypt opened on Tuesday for 72 hours, allowing people to leave the Palestinian enclave for the first time since the novel coronavirus outbreak began.

The Rafah crossing in southern Gaza was closed in March, as Hamas sought to guard against a major virus outbreak in the densely-populated territory with weak health infrastructure. The crossing re-opened for limited two-way movement on Tuesday.

The city-state went into a lockdown in mid-April after mass outbreaks in cramped migrant worker dormitories pushed its caseload to one of the highest in Asia.

Last week, it said it had cleared infections from all of the dormitories – housing around 300,000 workers – barring some blocks which continue to serve as isolation zones.

Of Tuesday’s cases – its lowest tally since April 2 – the majority were among those remaining workers serving quarantine.

Former Indian president Pranab Mukherjee was put on ventilator support after undergoing surgery having contracted COVID-19, local media reported, quoting unidentified sources at the military hospital in New Delhi where he is admitted.

The reports on Mukherjee, 84, who served as president between 2012 and 2017, came as the federal health ministry once again reported a daily increase of more than 50,000 cases in the coronavirus outbreak. At least 50,000 new cases have been reported in the world’s second-most populous country every day since July 30.

Mukherjee, who also led India’s federal defence, foreign affairs, finance ministries over a decades-long political career, said in a Twitter posting on Monday that he had tested positive for COVID-19 while visiting the hospital for a separate procedure.

“I request the people who came in contact with me in the last week, to please self isolate and get tested for COVID-19,” he said, without disclosing further details of his condition.

“This morning, for the first time in the world, a vaccine against the new coronavirus was registered” in Russia, he said during a televised video conference call with government ministers.

The country’s health ministry has given regulatory approval for the vaccine, developed by Moscow’s Gamaleya Institute, after less than two months of human testing, Putin said.

The move paves the way for mass inoculation even as the final stages of clinical trials to test safety and efficacy continue.

The data also showed an additional 59 deaths, taking the total number of fatalities to 5,824, the highest COVID-19 death toll in Southeast Asia.