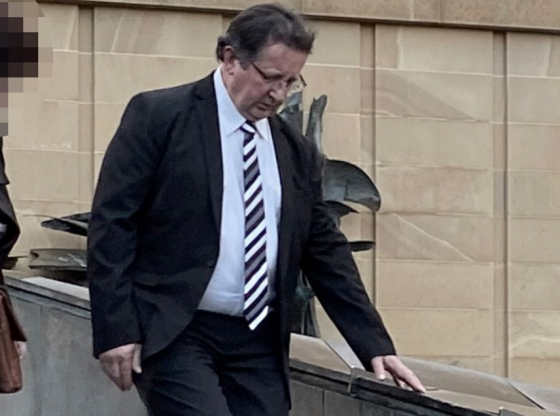 A former chief executive of Meals On Wheels Tasmania who stole more than $100,000 from the charity to fund his sex addiction and impulse buying has avoided prison and instead been sentenced to 18 months in home detention.

Sean Peter Burk, 62, admitted to stealing $111,000 from the Tasmanian branch of Meals On Wheels over a period of about four and a half years from February 2012.

He was sentenced in the Supreme Court of Hobart on Wednesday afternoon where Justice Michael Brett described his offending as “a grave and ongoing breach of trust”.

As a qualified accountant with access to the charity’s finances, the court heard Burk was able to use his position to “deliberately and dishonestly” arrange for payments to be made “without difficulty or detection”.

He used the money to pay off personal loans, credit cards and arranged for direct transfers from him to a Malaysian woman he met on a dating site, who it later turned out was deceiving him.

Justice Brett said while there was “some evidence [Burk] took steps to cover up” his theft, it was not particularly sophisticated and a cursory audit would have revealed his deception.

Burk was caught out in 2017 when the charity’s financial officer discovered discrepancies in the not-for-profit’s finances.

Defence lawyer Greg Barns argued Burk’s behaviour was greatly affected by Sifrol, a drug used to treat Parkinson’s disease, with side effects that can include impulse control disorder.

Justice Brett said he accepted this was the case with Burk, who experienced a sex addiction, impulsive buying and carelessness about incurring debt.

“[The drug’s] role is not controversial and is supported by medical evidence, however these circumstances are of marginal relevance in respect of moral culpability,” Justice Brett said.

He said although the drug’s effects led Burk to impulsively incur debt and financial commitments, it did not affect his capacity to understand that taking the “extra money was wrong” and the drug did not play a role in the decision to steal the money.

“People may find themselves in financial hardship for all sorts of reasons but do not resort to crime to solve the problem,” he said.

He said the drug’s side effects did not “explain or mitigate dishonesty or moral culpability”.

Justice Brett noted that aside from this offending, Burk was a person of “otherwise good character” and that this particular “conduct was out of character and unlikely to be repeated”.

He said now that Burk was no longer taking the medication, he had developed a “genuine remorse” for his conduct, evident by his plea of guilty and attempt at restitution.

In his sentencing, Justice Brett took into account Burk’s diagnosis of Parkinson’s disease, the “active management” of which he said was “unlikely to be provided in prison”.

He ordered Burk to spend 18 months in home detention and repay at least $103,000 to Meals On Wheels and its insurer.

Why Is It So Hard For Jordanians With Disabilities To Get Work?
Beirut explosion death toll passes 100, one Australian among casualties in Lebanon ‘catastrophe’