Can Hollywood, Bollywood help with the COVID-19 crisis? 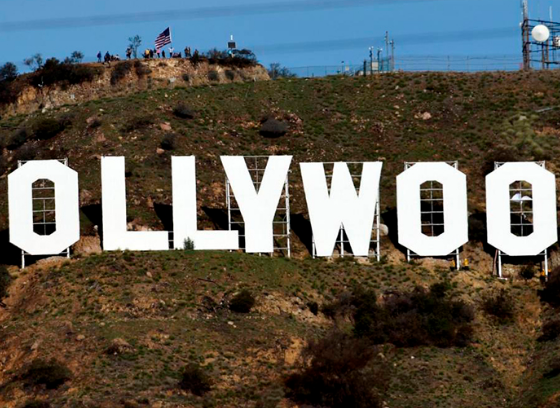 COVID-19 represents a global health crisis on a scale not seen for over a century. Virtually no one alive has experience dealing with such a danger. Nonetheless, in Europe and Asia, many countries have managed to bring it under control. What needs to be done is clear.

Yet in the US and some other countries, governments have failed to issue appropriate public health guidelines. And even when they do, getting people to follow them may be like mission impossible, particularly when there are sharp divisions, as there are in the US.

So the disease continues its relentless, inexorable march. On Wednesday, the number of new coronavirus cases recorded in the US in one day reached another record: over 52,000.

Yet on the same day, President Donald Trump repeated pretty much what he has been saying since February, when he claimed the virus would go away, like the flu, in the spring, with the warmer weather.

“I think we’re going to be very good with the coronavirus. I think that at some point, that’s going to sort of just disappear, I hope,” Trump told Fox Business Network yesterday.

People’s lives and well-being are on the line, and each has a compelling interest in keeping themselves healthy. There is plenty of information in the public domain. No one has to rely on the president to understand what to do.

Simple though those steps are, a significant number of Americans don’t follow them. The US is “going in the wrong direction,” Dr. Anthony Fauci, one of America’s top-public health officials and Director of the National Institute of Allergy and Infectious Diseases, told the US Senate on Tuesday.

Fauci could scarcely be clearer, but his point about the danger is not getting through to enough Americans, particularly youth. Better, more effective messaging is needed. Hence, Hollywood and Bollywood!

Who really listens to Senate hearings?

Americans, generally, pay little attention to Senate hearings. Early in the crisis, a neighbor explained the problem in the course of a heated discussion. She complained about the lockdown in Washington DC, although compared to restrictions imposed elsewhere, including in many European countries, it has been relatively mild. Nonessential businesses were closed, and people told to wear masks in public places, particularly indoors.

The measures were coordinated among the District, Maryland, and Virginia, as the area is really is one big metropolis. Enforcement was minimal. Police may have gone after egregious violators, but they didn’t stop cars randomly, ask where you’re going, etc. And it has worked reasonably well.

As my neighbor complained, I responded by noting that every generation had some crisis to bear. The coronavirus crisis required comparatively little from us, compared to World War II, for example—in which 405,000 Americans died—or even Vietnam, which cost the lives of nearly 60,000 US troops.

In the background of our discussion was a long-standing complaint of my own. Americans (and citizens of other advanced industrial countries) live far better than people have lived in history. Yet they take that for granted and assume their comfortable lives will continue—no matter how indulgent or irresponsible their behavior.

She and her husband still had their jobs. No one in the family was sick. So what was the real problem, compared to the sacrifices of previous generations? As our words grew heated, she said, “I can understand that intellectually, but I don’t feel it emotionally.”

That was a crucial insight. You may read about something, but it can remain disconnected and abstract, particularly if you don’t make a genuine effort to absorb it. Perhaps, that is similar to a statement, widely attributed to the Soviet dictator, Joseph Stalin: one death is a tragedy, but a million deaths is a statistic.

Or even the saying, “A picture is worth a thousand words.” Information must be vividly meaningful—touch people emotionally—if you want to move them and change their behavior.

For all that Fauci is highly knowledgable, experienced, and capable, his testimony before a Senate committee doesn’t do the job. And that reflects a more general problem that public health authorities have had in communicating the danger of coronavirus. The discussion is too intellectual. The message needs to be conveyed in a way that people really feel it.

Otherwise, they wait until it is very late: the whine of ambulances, racing to hospitals with the sick and dying, incessantly pierces the air, or a healthy friend suddenly becomes very ill. Such things, too, generate emotional understanding, and along with it, the key question, “Could this happen to me and those I love?”

India has the fourth largest number of coronavirus cases of any country in the world. In a televised address on Tuesday, Prime Minister Narendra Modi rebuked Indians, as coronavirus cases surge. “Today, when we need to be more careful, increasing negligence is a cause of worry,” he said, warning, “Those not following the rules will need to be stopped and cautioned.”

Whether the new measures will suffice to curb the spread of the virus in India remains to be seen. Certainly, they would be more effective, if the danger were truly felt.

The entertainment industry certainly knows how to produce gripping tales that move people emotionally. Since this pandemic is an enormous, historic danger, maybe someone in the film industry will take this up? Maybe, someone like Dr. Fauci might encourage it?

I ran this idea by other neighbors—a married couple, who have some relevant expertise. He is in the pharmaceutical industry; she is involved in education.

They thought it was a great idea—and added a great suggestion. Youth are among the biggest flouters of the guidance from public heath officials. How do they get their information? Their phones—and, particularly, social media.

There are social media influencers with millions of followers. If someone has an important message for youth, who better to convey that message than those with demonstrated influence over youth?

Young people, it is commonly thought, don’t suffer serious harm from the coronavirus. That was true, when the virus began late last year in China. Early data from China suggested the virus targeted the elderly, but not the young. However, that is no longer the case, because the virus mutated and became more contagious and more lethal.

There are now at least two strains, and the more lethal strain is dominant. The mutation occurred in Europe, from where it came to the US.

In early March, when there were still relatively few US cases, and most in the western state of Washington, where the Chinese strain had appeared, a doctor in California, treating four young men who had caught the virus on a skiing holiday in Italy, published a warning on his Facebook page.

He disputed the claim that the coronavirus did not hurt the young, as he described an extremely dangerous disease. Now it is clear that he was describing the newer, mutated strain.

“Essentially 14 men went on a ski trip to Northern Italy. All have become ill, and all 14 have tested positive for CV,” Dr. Sam Fink wrote. “Of the 14, 4 needed to be hospitalized, and of the 4 patients, 3 are very ill.”

One had a pre-existing condition, but “the other three did not, and are relatively young,” Dr. Fink continued. “I have practiced for over 30 years, and have seen it all, or so I thought,” but “nothing has worried me like this.”

Later that month, the US Centers for Disease Control (CDC) released data showing that in US cases from Feb. 12 to Mar. 16, over a third—38%—of those who became sick enough to be hospitalized were under the age of 50.

It was not widely recognized then that a new strain of coronavirus had emerged. That understanding came later, as scientists discovered a change in the spike protein of the virus, which made it more efficient in penetrating host cells.

Healthy, young people do get very sick, and some even die. In a radio interview on Wednesday, the 39 year-old pitching coach for a major league baseball team described his own illness.

“I’ve had no underlying issues, nothing that would red flag me as somebody that would get hit pretty hard with this virus,” Tommy Hottovy said. “But I did.”

It took a month for the virus to run its course, and even now, two weeks after that, he still has shortness of breath, and his cardiovascular health is “nowhere near” what it was before.

In fact, the lingering effects of the coronavirus are so common and distressing that Facebook groups have been formed to provide advice and solidarity to those still suffering, even after they have recovered from the illness itself.

One such group, Long Haul COVID Fighters, has 3,000 members from 58 countries. One member, Laura Weiss, writing in The New Republic, described the invaluable support the group has provided her, as she deals with “Covid toes”—which turn purple and cause a painful, burning in her feet.

“Though I can hardly compare my symptoms to the experiences of people on life support or dying from the coronavirus, they have been bewildering, confusing, and sometimes scary,” wrote Weiss, who lives in New York City, which was particularly hard hit.

“I’ve had to limit my neighborhood strolls to avoid activating ‘fire feet,’ as I’ve taken to calling them,” she continued. “All my decisions revolve around this condition, including whether or not to go to the anti-police protests exploding across the country.”

In an article published today, entitled, “Three Months in, Still Ravaged by Covid’s Fallout, The Wall Street Journal, reported similarly. The Journal spoke with over 20 people, aged 22 to 62, suffering long-term problems from coronavirus.

“A portrait emerged of patients struggling with wide-ranging symptoms. For some, it comes in waves; for others it’s constant,” the Journal reported. “Some say they are slowly getting better while others add new symptoms every week.”

“After the onset symptoms went away, I thought I was fine, but I was so wrong,” he told the Journal. “Symptoms returned and I’ve been trapped in never-ending cycles of glued to bed, getting a bit better, glued to bed again.”

A major source of the recent upsurge in US coronavirus cases has been young people gathering at newly re-opened bars, and governors in such states have responded by closing them down again.

But why would anyone put themselves at such risk, for something as frivolous as a visit to a bar? The only reasonable answer is that they do not understand the danger.

In the cacophony that constitutes the US debate over how to deal with the coronavirus, that key message is not getting through.

Hence, the need for Hollywood, Bollywood, and social media influencers to step up to the plate and do their part to fight this modern-day scourge, by making it vividly clear that no one is immune to the disease and the consequences of catching it may be horrible.