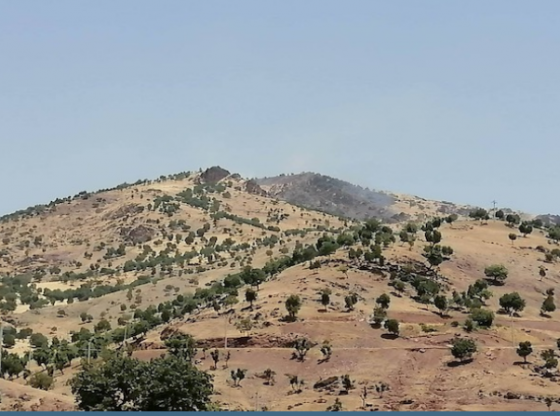 On Monday, Turkish artillery shelled parts of the Bradost area in northern Erbil province, near the border of the Kurdistan Region with Turkey, although there were reportedly no civilian causalities.

Turkish artillery shells landed in the vicinity of Qornan and Merga Rash in Sidakan town in the Bradost area early on Monday, Ihsan Chalabi, the mayor of Sidakan town, told Kurdistan 24.

The shelling did not cause any civilian causalities, but it did set fire to the forests and the lands of the villagers, Chalabi explained, and the fires continue to burn.

“Turkey and the Kurdistan Workers’ Party (PKK) have turned the area into an arena for their own clashes,” Chalabi complained, as civilians have paid—and will continued to pay—the price.

The artillery shelling came a day after a Turkish airstrike in rural parts of Duhok province killed at least two civilians.

The Kurdistan Regional Government (KRG) has condemned the attacks and demanded that both Turkey and the PKK withdraw from the autonomous region and take their fight elsewhere.

In its latest cross-border military campaign, the so-called Claw-Tiger and Claw-Eagle operations, Turkish forces have killed several civilians, amid ongoing clashes between the Turkish army and the PKK, which is headquartered in the region’s Qandil mountains.

Sex tapes, prostitutes and threesomes: The biggest celeb sex scandals of all time
Dozens of casualties as Iraqi protests surge