Turkey releases Czech volunteers who fought with Kurds against ISIS 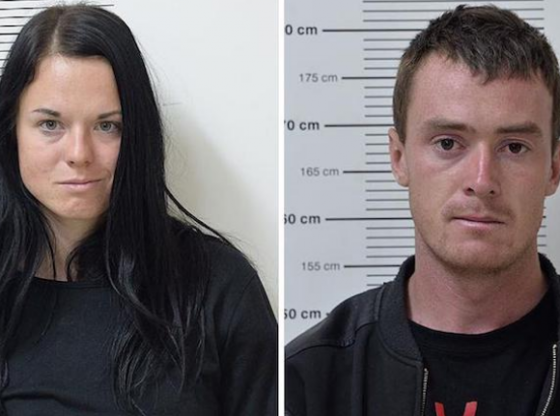 Turkish authorities released two Czech nationals who were jailed three years ago for their alleged membership in the Kurdish People’s Protection Units (YPG) which they joined to fight the Islamic State in Syria. The release came following negotiations between Turkey and the Czech Republic, as reported by the Associated Press on Friday.

The two former YPG volunteers then flew back to Prague on Friday after being granted early release following months-long negotiations between Turkish and Czech officials.

Turkey accused the two, Miroslav Farkas and Marketa Vselichova, of belonging to the YPG, which it considers a terrorist organization. The two were arrested in November 2016 within Turkey’s Sirnak province as they attempted to cross the border into Iraq.

Farkas and Vselichova were each handed prison sentences of six years and three months in August 2017 for “delivering arms” and “coordinating the arrival of new [foreign] volunteers” to the YPG.

According to information from Turkish security forces, Farkas was reportedly a sniper while Vselichova provided logistical, health, and additional personnel to the YPG.

In a court statement, the accused insisted they were humanitarian workers who had hoped “to build a field hospital” near the Turkish-Iraqi border.

The United States has supported the YPG as part of the Syrian Democratic Forces (SDF) in the fight against the so-called Islamic State.

US Central Command (CENTCOM) said on its website on Friday that the SDF has proven to “be a capable and reliable partner in northeast Syria. They were instrumental in defeating Daesh and liberating millions of Syrians from brutal terrorist rule.”

But Turkey has linked the Kurdish group to the Kurdistan Workers’ Party (PKK), which has waged a decades-long resistance against the Turkish government for broader Kurdish rights. The YPG has denied its links to the PKK.

Czech Prime Minister Andrej Babis said in a statement on Friday that Farkas and Vselichova were brought home on a special Czech military plane and thanked the relevant ministries and the government of Turkey for their support.

Babis added that he had discussed their case with Turkish President Recep Tayyip Erdogan last September, remarking, “I’m glad that we finally reached a solution to the whole problem, without any conditions or promises.”

Turkish authorities have previously detained several other volunteers from various nations who teamed up with the Kurdish forces.

In 2017, British former volunteer Joe Robinson was arrested while on vacation in Turkey with his girlfriend and her mother. He was sentenced to seven and a half years in jail in 2018, but managed to skip bail and returned to the United Kingdom, as reported by the BBC.