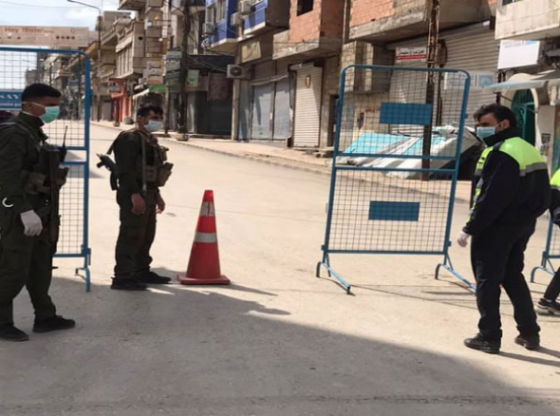 The local Autonomous Administration of North and East of Syria (AANES) has confirmed four new coronavirus cases after the region has so far been mostly free of known infections, officials announced in a press conference on Thursday.

Ciwan Mustafa, the co-head of the Health Bureau of North and East Syria, said the cases were discovered after medical staff tested possible infected people that had been placed in home quarantine.

Three women from the city of Qamishli and one young man from Hasakah have tested positive for COVID-19, but so far have not shown serious symptoms associated with the disease.

Mustafa appealed to residents to take necessary health precautions to prevent the further spread of the virus.

“The new flare up of cases in northeast Syria is extremely serious due to the fact that these individuals are not related to each other. This indicates that there has been some spread of the virus,” Thomas McClure, a Syria-based researcher at the Rojava Information Center, told Kurdistan 24.

“The worry is that the virus will now continue to spread through closely tight communities full of internally displaced people (IDPs), or even into IDP camps or under detention facilities, or al-Hol Camp.”

He added that only “a small outbreak somewhere else can very quickly get out of control, due to the uniquely difficult set of circumstances faced by the administration.”

In late April, the Autonomous Administration of North and East of Syria (AANES) confirmed the first two coronavirus cases in the region. However, since then, no new cases have been recorded until now.

This brings the total number of known COVID-19 cases to six. So far, only one person has died from the virus in northeast Syria.

The administration said that the Crisis Coordination Cell it formed to fight the coronavirus will take “necessary measures” to prevent the spread of the virus.

The Kurdish Red Crescent in April announced that it had created a 120-bed facility named COVID-19 Hospital on the outskirts of Hasakah city.

United Nations Special Envoy for Syria Geir O. Pedersen warned during a briefing to the UN Security Council on Thursday that there is a rise in reported COVID-19 cases in Syria.

“As of yesterday, the Syrian Ministry of Health has confirmed 561 cases – a relatively low figure, but still more than double the cases since my last briefing,” he added.

The UN official further added that the “geographical spread of the virus is increasing, penetrating more areas outside Damascus, including the first 22 cases in northwest Syria, as well as six cases in the northeast.

McClure also added that any spread of the virus could lead to a disaster. “There are only 40 ventilators in a region of four million people. There are severe shortcomings across the health sector, especially after the closure of the only UN aid crossing to northeast Syria.”

In December, Russia and China both vetoed a Security Council resolution that would have kept the al-Yarubiah UN border crossing open, which connects the northeast of Syria eastward to Iraq. As a result, this crossing was closed on Jan. 10 and remains blocked.

Germany and Belgium in early July proposed to reopen the al-Yarubiya border crossing in a draft resolution in the UN Security Council, but this demand was removed due to Russian pressure.

Furthermore, Turkey has been regularly cutting the water supply to the northeast by cutting off the Allouk water station, which Turkey and its proxy militias have controlled since their 2019 October invasion.

“So, the immense political security and humanitarian challenges faced by the Autonomous administration in North East puts it in one of the most difficult positions of any responsible authority in the world,” McClure concluded, “especially when it comes to tackling the coronavirus.”