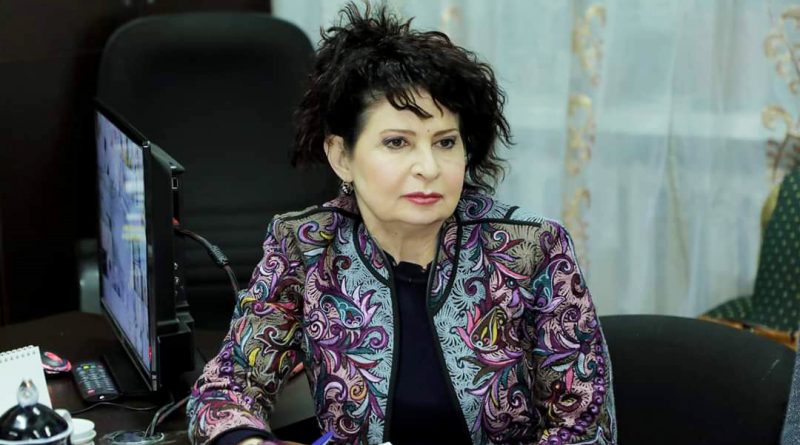 “I will not be surprised if it turns out that it was me who attacked you. I banged my head against the ground and I broke my blouse myself, ”said Saodat Abduzakirova, video blogger and head of the non-governmental organization Yangi Hayet, on July 6, commenting on her illegal detention by law enforcement officials.

The incident occurred in the village of Chimgan in the Tashkent region, where they began to destroy the foundations of unfinished houses by bulldozers and it was soon planned to demolish all the structures which officials consider as illegally constructed.

“If all these houses were built illegally, how could people live in them for 15 years?” asks Saodat. “They paid taxes, equipped houses with water and electricity supply at their own expense. The last land plot was purchased last year. The notary public successfully completed the transaction, the buyer was given all the necessary cadastral documents. If all this was illegal, where were state representatives at that time? Why should people who bought these plots suffer? ”

Questions did not please the deputy prosecutor of the Bostanlyk district, Mr. Muminov. At his direction, several law enforcement officers out of uniform attacked a woman. Residents of the village began to defend her. As a result of the scuffle, the video blogger appeared bruised, she was hit over the head, and then shoved into the car. “With whom are we fighting, are we fighting with our own people?”, apparently Saodat is mournfully addressing the Ministry of Internal Affairs.

In the video message, Saodat is indignant: “We were accused of disobedience. Disobeying whom? Nobody introduced, nobody in uniform was there, everyone was in civilian clothes. ”

The detainees were brought to the nearest police department of the Bostanlyk region, where they were mistreated. The news of the attack quickly spread across social networks, one of the deputies stood up for the activist and soon police released everyone by returning the phones.

“I have only one question,” concludes Saodat Abduzakirova. – If you have nothing to hide, and you act according to the law, why are you all so afraid of cameras? Why are you afraid that you are being filmed, why you do not want to answer simple elementary questions? ”

Saodat posted her story about the incident on the morning of July 7 and promised to post a video of the attack, which they did not manage to delete in the department after the seizure of the smartphone.

“I speak openly, I am responsible for every word,” she said, and nevertheless peacefully noted that “not all employees are the same, there are worthy guys among them.”

Such a curtsey was not appreciated by the Ministry of Interior and Saodat was asked to delete the video from the social network, and she implicitly did it. In the evening, she turned to reporters who picked up the news about the attack “If you want to intervene in the problems of my country, come to my country, live with us,” she said, advising not to escalate the situation. Information about the incident was first posted on the network by local journalists and network activists.

The subject of demolitions remains acute in the country due to non-compliance with the law for the interests of influential developers. Authorities are making efforts to control the flow of information. On July 2, a demolition press tour was organized in the Bostanlyk district of Tashkent region. The event was weighted by the participation of the deputy chairman of the Supreme Court Kholmumin Yodgorov.

The Supreme Court Affirmed Native American Rights in Oklahoma. Here’s What That Could Mean
Me Too founder Tarana Burke: Movement is not over