The Supreme Court Affirmed Native American Rights in Oklahoma. Here’s What That Could Mean 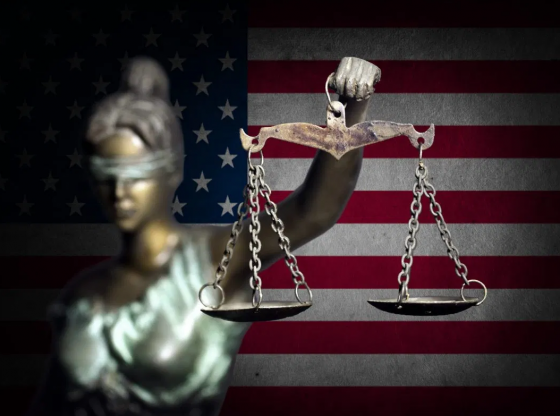 In a historic U.S. Supreme Court decision, justices ruled Thursday that much of eastern Oklahoma has been, contrary to the state’s long-standing belief, part of the Muscogee (Creek) Nation reservation.

The McGirt V. Oklahoma ruling clarified that the tribal lands, covering millions of square acres including Tulsa and the surrounding area, were never officially dissolved when Oklahoma achieved statehood.

In a narrow sense, this means that Jimmy McGirt, a 71-year-old Creek Nation man serving a 500-year state prison sentence for sex crimes against a 4-year-old child, was wrongly convicted of state charges and must be re-tried in federal court since states typically lack jurisdiction over major crimes committed by Native Americans, or against them, on reservations.

But the decision could have much more far-reaching ramifications, potentially impacting thousands of current or future criminal cases, tax and regulatory laws and a swatch of agreements between tribes and the state.

Though state, federal and tribal leaders said in the aftermath of the ruling that they are working together to understand and resolve significant jurisdictional issues raised by the case, court filings show a deep divergence of opinions on the magnitude of impact.

While the state warned of the “chaos waiting in the wings,” if Oklahoma lost the case, tribes and others opposing the state downplayed those concerns.

Here’s how the state, others and the Supreme Court sees the ruling playing out in the coming weeks and months:

How Many Convictions Could be Overturned?

During oral arguments before the court this May, Oklahoma Solicitor General Mithun Mansinghani told the justices there are over 1,700 inmates in state custody who identify as Native American and were convicted of crimes that occurred in what is now recognized as tribal territory in light of Thursday’s ruling.

He added that those, along with another about 1,700 cases that occurred where the victim was Native American, can be overturned.

“So the state presumptively would not have jurisdiction over those people and have to release them,” he said.

McGirt’s lawyer, Ian Heath Gershengorn, argued in his opening brief that there is no reason to believe the state’s “back-of-the-envelope alarmism” about existing convictions.

He said procedural and statutory hurdles will prevent the vast number of inmates from attempting to have their state convictions overturned. And if they do, he said, it will be a risky proposition since they are unlikely to go free while they wait for a federal trial and could face longer charges in the end.

“Success will subject them to federal prosecutions — which often yield harsher sentences,” he wrote.

What About Future Cases and Law Enforcement?

Attorneys representing or supporting Oklahoma’s position also argued that losing the case would throw future convictions into jeopardy and add confusion about which law enforcement agencies has jurisdiction over a given area.

In an amicus brief filed by the City of Tulsa, lawyers for the city wrote, “that if the entire City is ‘Indian country,’ state criminal jurisdiction would be stripped in any crime involving an Indian perpetrator or victim.”

Mansinghani additionally told the justices that about 4,000 new felonies per year would now be eligible for federal, instead of state, prosecution.

Lawyers representing the National Congress of American Indians argued that these concerns ignore decades of case law that shows that tribes generally lack jurisdiction over non-Native Americans on reservation.

In an amicus brief filed earlier this year, the group also argued that tribes, including the Creek Nation, have frequently entered agreements with states and municipalities to make sure there are no problems.

“The experience of cities recently affirmed to be within reservations demonstrates this reality, the brief stated. “With respect to law enforcement in particular, the addition of tribal and federal resources will likely result in better outcomes for both Indians and non-Indians on the Creek Reservation.”

Will This Affect Taxes and Local Governments?

Lawyers for the state argued that turning half of Oklahoma “into Indian country would decimate state and local budgets” since the state generally lacks authority to tax Native Americans on reservations.

These concerns were also brought up in an amicus brief from the International Municipal Lawyers Association and the National Sheriffs’ Association. In a court filing, they wrote “reduced tax revenues and budget cuts” would come if municipalities can’t tax residents like they did before.

The groups also argued that the ruling could open up non-tribal members from double-taxation as they could be exposed to federal, state and local taxes in addition to tribal taxes.

“This double taxation could serve as a deterrent for non-tribal members to conduct business activity in ‘Indian country,’ ” the groups wrote.

In the National Congress of American Indians’ amicus brief, lawyers for the organization argued that these tax and regulatory issues can be solved with simple agreements between the state and tribes.

These are standard practices, the group argued while also noting that Oklahoma has hundreds of tribal-state agreements, including those dealing with tax issues, currently on the books.

“If anything, reservation status may enhance governance and economic development,” the lawyers wrote. “Across the country, tribal nations are working with states, municipalities, and private entities to build better economies and communities for all of their citizens.”

How Will Adoptions, Environmental Regulations and Civil Cases Be Managed?

Lawyers for the state warned in a filing earlier this year that the court’s decision could affect a range of civil laws that includes adoptions, hunting and fishing regulations, environmental protections and health care.

These, the brief argues, would throw into question who is liable to state, federal or tribal restrictions or rules.

In the Creek Nation’s filing, lawyers for the tribe also rejected these concerns. They pointed to Tacoma, Wash., a city with a large non-Native American population that resides in a reservation, as an example of how tribal, state and local officials have worked together to avoid these types of problems.

The tribe also noted that legal precedent has disproved civil legal disruption since it limits tribal authority over non-Native Americans, even on reservation land.

“Claims of significant disruption from the vindication of the Reservation’s boundaries cannot be sustained in light of on-the-ground reality and this Court’s precedents,” the lawyers wrote. “And claims of disruption appear particularly misplaced given the extensive intergovernmental cooperation between the State and tribes in eastern Oklahoma, the (Creek) Nation in particular.”

U.S. Supreme Court Justice Neil Gorsuch, who wrote the 5-4 majority decision, noted that the court is “well aware of the potential for cost and conflict around jurisdictional boundaries.”

But he wrote, “it is unclear why pessimism should rule the day” when “Oklahoma and its Tribes have proven they can work successfully together as partners.”

And if those agreements fail to come to fruition, he said that Congress is free to act to provide “statutory direction” toward the land in question.

“It has no shortage of tools at its disposal,” he wrote.