No Transparency in Kyrgyzstan’s Coronavirus Spending 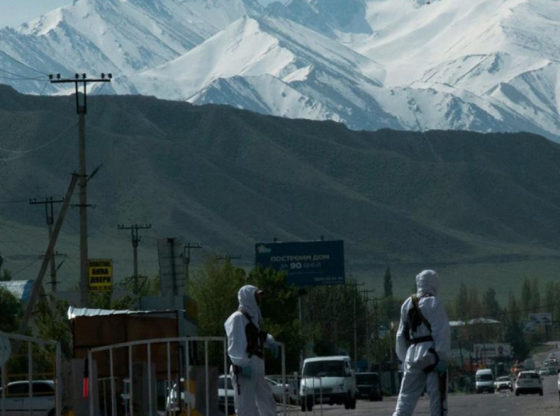 The government of Kyrgyzstan is planning to spend $645 million on the COVID-19 crisis. But whether donations from its own citizens or grants and loans from international institutions, it is offering no detailed information on where the funds are going. One spokesperson said the government did not have the resources to track down the spending.

Compounding the issue, the country’s public procurement law was quietly changed in the middle of the crisis to ensure still greater secrecy.

On the very day the first COVID-19 cases were identified in the country in mid-March, the Ministry of Finance published a press release calling on “every caring citizen of the Kyrgyz Republic who sincerely wants to contribute” to donate money for the fight against the virus.

To ensure transparency, the government launched a website that would supposedly allow citizens to monitor the total amount of cash received, who it was from, and how it would be spent. It even set up a commission to distribute the funds.

But the member of the commission from the NGO sector, Galina Chirkina, disagrees. She said that even members of the commission have not yet received all the details on how the money was spent, but the ministry of health promised to do so at the end of June.

Because the money was collected from the public, and is not technically from the government budget, there is also no oversight, she said.

In practice, the information on the site is so general that it is impossible to understand what the money was actually spent on.

A total of almost $2.2 million has been collected so far, mainly from state employees who donated one day’s salary, as well as individuals, government bodies, and local businesses.

Most of the donations, over $1.8 million, were transferred to a new account in the Ministry of Health and almost all of that money was spent to pay medical workers as compensation for the risk of being infected. But the site does not reveal the names of those who were paid or any justification for their varying amounts of compensation. Moreover, some medical workers have complained that they were underpaid and that compensation was distributed unfairly.

An additional $294,000 was spent on groceries for people who needed assistance during the country’s lockdown, although it is not clear how many people received them. The rest of the money has not yet been allocated.

Citizen donations represent only a small fraction of the total amount the government plans to spend to combat the pandemic, however. It has allocated another $15.7 million for COVID-19 expenses from the state budget and received $250 million from international organizations in both grants and loans. Another $377 million are expected. But there is little information publicly available about how this money has been or will be spent, and the Ministry of Finance has not yet provided all the details to reporters.

Government spokesperson Chyngyz Esengul uulu declined to comment on why the government doesn’t reveal detailed information on spending and suggested the question be referred to the institutions, such as the ministry of health and ministry of finance, that actually spend the money.

The press secretary of the Ministry of Finance, Samat Toyaliyev, called the question “interesting” and explained that he also asked for detailed information but was told that it could not be given because of a lack of resources.

“I asked the employees of the Central Treasury, they said: ‘to figure it out, one employee has to sit for at least two weeks or a month’ … I was told that it is hard to figure it out,” he said.

When he was approached by a journalist again, he dodged the question and proposed that the reporter come and work as the head of the ministry’s press department.

‘me too.’ Stands In Defense of Black Life
‘America, Are You Listening?’ A Civil Rights Leader Unmasks the Risks Many Are Taking