First coronavirus case of unknown origin confirmed in US. What does that mean? 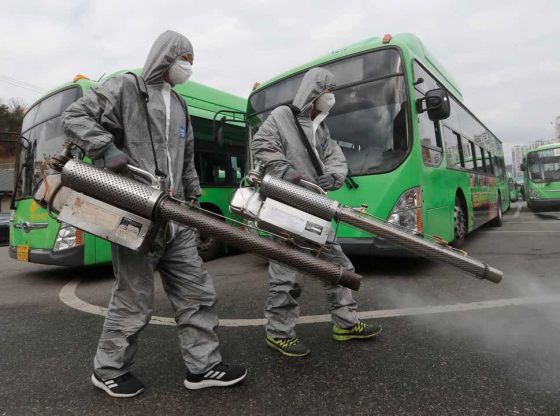 Discovery of a Northern California coronavirus patient believed to be the first U.S. case from an unknown, community-spread source is an alarming twist that means it could be time to practice “social distancing,” experts say.

The U.S. has confirmed 60 patients, but this one is alarming because no exposure chain has been found. The Centers for Disease Control and Prevention says it remains possible that the female patient at UC Davis Medical Center was somehow exposed to a returned traveler who was infected in China. But investigators have been unable to find that connection.

The alternative is “community spread,” meaning the source of infection is unknown, the CDC said.

That’s a problem for the effort to identify those who have come into contact with the patient, says Ogbonnaya Omenka, an assistant professor and public health specialist at Butler University’s College of Pharmacy and Health Sciences.

Coronavirus updates every day: Get USA TODAY’s Daily Briefing in your inbox

“Contact tracing may not suffice in containing the spread if the source cannot be identified,” Omenka told USA TODAY. “The implication for other states, both proximate and remote, is big.”

William Haseltine, a former Harvard Medical School professor who returned last fall from the Chinese city of Wuhan – the epicenter of the global outbreak – says the unknown exposure indicates many people may be unaware they have the virus because they barely notice the symptoms.

“On one hand that is good news as it means the virus causes very mild symptoms in many people,” Haseltine said. “On the other hand, it means that people can unknowingly infect others.”

Truth or fiction? Trump addressed the nation on coronavirus. We checked the facts.

On Thursday, the CDC updated its testing criteria and took steps to increase testing. California Gov. Gavin Newsom has expressed frustration with the criteria and the limited number of test kits available.

Linda Lee, chief science officer at UV Angel, a technology disinfection company, noted the repercussions caused by fear of the outbreak. The stock market already has fallen thousands of points, and supply-chain issues on such products as masks and respirators are emerging.

Workers wearing protective suits spray disinfectant as a precaution against the coronavirus at a bus garage in Seoul, South Korea, Feb. 26, 2020. The number of new virus infections in South Korea jumped again Wednesday and the U.S. military reported its first case among its soldiers based in the Asian country, with his case and many others connected to a southeastern city with an illness cluster.Ahn Young-joon,

Lee says the basic tenets to combating the flu must be prioritized: Stay away from people to prevent transmission to others, cover your cough and wash your hands frequently for at least 20 seconds.

“It appears this virus is easily spread so it is important that anyone feeling sick protects others from getting ill,” she said. “Practice social distancing.”

Virus outbreak: Trump addressed the nation. We checked the facts.

The California patient was transferred to UC Davis Medical Center on Feb. 19, according to a staff memo from Dr. David Lubarsky, the CEO of University of California, Davis, Health. But the CDC did not test for the virus until four days later, despite a request from the hospital, the memo says.

“Upon admission, our team asked public health officials if this case could be COVID-19,” the memo says. “Since the patient did not fit the existing CDC criteria for COVID-19, a test was not immediately administered.”

The CDC ordered the test four days later. The patient – from Solano County, southwest of Sacramento – was also put on strict contact precautions “because of our concerns about the patient’s condition,” the memo said. The CDC confirmed the patient’s test was positive on Wednesday.

“The delay in testing equally delayed the required tracing of contacts and other required answers,” Omenka told USA TODAY. “For instance, who else have been infected by the original case, and who else have they been in close contact with?”

Coronavirus, explained: What are symptoms? How can I prepare?

Late Thursday, the CDC said a preliminary review indicated it had not been informed of the case until Feb. 23, when it requested specimens for testing.

Haseltine said a delay in testing should not be surprising because coronavirus remains so rare in the U.S., with 15 cases identified so far. Lee said it’s difficult to gauge the impact of the testing delay.

“This virus did not start in the U.S., so I think everyone on the front line of this is pedaling as fast as they can with the information that changes daily,” she said. “There are infrastructures already in place to deal with these types of emergencies – and they have happened before.”

Also Thursday, California emerged at the center of a government whistleblower complaint alleging that some federal workers didn’t have the necessary protective gear or training when sent to help Americans evacuated from China.

The complaint was filed by a high-ranking official at the Administration for Children and Families, an social service agency of the Health and Human Services Department, said California Rep. Jimmy Gomez, a Democrat.

The whistleblower contacted Gomez’s office to file the complaint with regards to HHS employees who were sent to Travis and March air force bases in California to assist with quarantined evacuees. The complaint also alleges retaliation by higher-ups for having flagged safety issues.

The global death toll rose to 2,858 on Thursday night. There are more than 83,370 confirmed cases around the world — including Nigeria’s report of the first infection in sub-Saharan Africa, an Italian citizen who became ill on a business trip to Lagos.

Across the country, public officials are trying to balance preparation for an outbreak with a desire to avoid creating undue anxiety.

Governors and legislators in several states have proposed pumping millions of dollars into programs to combat the virus. State health officials are also checking on stockpiles of supplies such as face masks and respirators and arranging potential isolation sites for sick patients.

“I think we’ve entered a new phase in terms of the preparations. … It’s not a matter of ‘if,’ it’s ‘when,’” Minnesota Gov. Tim Walz told reporters. “We are starting to step up our coordination amongst agencies.”

The increased efforts require funding, and some states are approaching the limit of their resources and asking Washington for help. Delaware Public Health Director Karyl Rattay said it’s “incredibly important” the federal government come through.

“Already, we are seeing our capacity maxed out,” Rattay said. “Staff are spending many, many hours on this, and there’s still core public health work that needs to be completed. We can’t just stop everything else that we do on a regular basis.”

Several jurisdictions are also seeking federal approval to conduct their own tests for the virus instead of having to send samples to the CDC and wait for a response.

New York Mayor Bill de Blasio is among those urging the federal government to take advantage of advanced laboratories in major U.S. cities for testing.

“Right now, the CDC posture is they are letting the ‘perfect’ be the enemy of the ‘good,’” de Blasio said. “We believe that if they would empower local laboratories, we could work with them to do high-quality testing faster. We want to be their partners, but we need more flexibility.”