The Iran Cables and Beyond: A Conversation with Murtaza Hussain 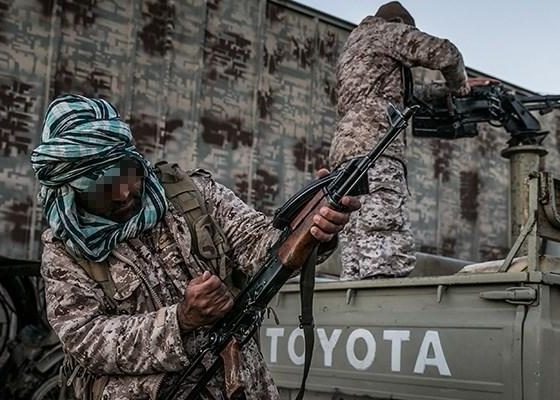 Editor’s Note: On November 17, The New York Times and The Intercept co-published a series of investigative news pieces entitled the Iran Cables. The series considers a tranche of Farsi language documents shared with the two outlets by an anonymous source originating within the Iranian Ministry of Intelligence, better known by Iran experts as MOIS. Charged Affairs Managing Editor Mike Sexton spoke with The Intercept’s Murtaza Hussain about how the series came together and what it tells us about regional foreign policy challenges.

Verifying leaked documents — particularly by anonymous sources — is an art and not a science. American and European government agencies will often verify the authenticity of leaked documents in exchange for the redaction of some critical details, but governments like Iran, China, and North Korea are seldom willing to engage with journalists on those terms.

Coincidentally, the week after the Iran Cables story broke, the International Consortium of Investigative Journalists (ICIJ) broke a similarly titled China Cables story outlining the internal Chinese bureaucracy’s approach to the notorious Uighur detention centers in Xinjiang Province. The ICIJ confirmed their documents’ authenticity through several independent scholars on China as well as intelligence sources they were unable to reveal.

The Intercept and Times verified their documents with the help of several experts who reviewed the documents as well as by verifying the authenticity of some personally identifiable information that was included – information that would be very difficult to forge or for a fraudster to steal at scale.

The Iran Cables article series, it should be emphasized, did not share the personally identifiable information it uncovered within the documents. Leaks from the likes of Chelsea Manning and outlets like Wikileaks have earned the ire of some in the U.S. government for sharing information which revealed human intelligence sources, compromised missions and endangered lives – something, the U.S. argues, which is not legitimate journalism.

The IRGC & the MOIS

The documents comprising the Iran Cables series come from the Iranian Ministry of Intelligence (MOIS), a lesser-known government ministry than the Islamic Revolutionary Guard Corps (IRGC). The MOIS is, by international standards, a professional intelligence service that answers to the democratically elected Iranian government of President Hassan Rouhani.

Both government arms have international operations – the IRGC’s being the notorious Quds Force led by Qassem Soleimani – and can often times work at cross-purposes. The MOIS tends to take a more quiet and moderate approach, while the IRGC is historically more militant and willing to exploit sectarian tensions. The MOIS’s and IRGC’s standing within the complex Iranian political system shifts based on changes in the political atmosphere. It is likely that the leak of the Iran Cables will be leveraged by the IRGC to undermine Iranian trust in the MOIS.

The Iran Cables generally cover Iranian exploitation of political unrest in Iraq following the 2003 U.S. invasion. By unseating Saddam Hussein and exporting a democratic government in Shiite majority Iraq, the U.S. left the Iraqi political system vulnerable for Iran to exacerbate sectarian divisions in Iraq. Given the different modus operandi of the MOIS and IRGC, that exploitation was largely carried out by the IRGC, outlined in the cables from the MOIS’s perspective.

The Intercept’s series begs hard questions about how – and if – the United States can play a constructive role protecting stability and human rights in Iran’s periphery in Iraq as well as in Syria and Afghanistan. While the cables are sourced from the second term of the Obama administration, the question of the U.S.’s role in the region made headlines recently as President Trump withdrew American forces protecting Kurdish allies in Syria who were critical to fighting ISIS. If the U.S. were to remain in Syria protecting the Kurds from Syria’s Assad and Turkey’s Erdogan, they would likely need to stay indefinitely, slowly but increasingly antagonizing Turkey and Assad’s backers in Russia and Iran.

The U.S. certainly can play a leadership role in the region in a variety of way by providing humanitarian assistance, managing refugee flows, and leading military coalitions to combat ISIS or other militant groups as they arise. But it is becoming increasingly difficult, especially with the details of the Iran cables, to make the case that the U.S. can play a leadership role establishing democracies or otherwise stabilizing governments in a region where Iran is better positioned geographically and demographically to exacerbate political cleavages and maximize influence.

Iran’s proximity to Iraq and less professional (and less bureaucratic) nature can make it a much nimbler actor in the region. The cables note how the Iranians were swiftly able to provide support to the Kurds – staunch American allies – in the early days of the fight against ISIS. While the U.S. was eventually able to coordinate closely with the Kurds, the cables reveal how Iran has and will likely continue to outmaneuver the U.S. in establishing strategic alliances in its neighborhood, especially now that the U.S. has withdrawn its forces protecting the Kurds in Syria.

The prospects of a truly sustainable and meaningful alliance between the Kurds and Iran or Syria’s Assad are weak. While the various leaders in the region can strategically ally with the Kurds against Turkey, ISIS, or other militants, no country in the region is poised to lead a process for an independent state for the ethnic minority whose territory stretches from southern Turkey through Syria and Iraq to northwestern Iran.

An independent Kurdistan would likely require forceful and sustained American political pressure to provide security guarantees to Turkey, Syria, Iraq, and Iran in exchange for their territorial concessions. Considering the U.S.’s difficulty establishing sustainable and secure democratic states in Iraq and Afghanistan, that prospect is very bleak.

The U.S.’s challenges in the region have led to a growing isolationist sentiment among the American electorate across the political spectrum. While this is most visible today with the Trump administration’s withdrawal from Syria and unwillingness to retaliate kinetically for Iranian aggression in the Persian Gulf, it is difficult to ascertain whether foreign policy ideology is necessarily so different among Democrats. As the party out of power, it is easy to be vocal critics, but once in power, leaders are acutely constrained by domestic and international politics. A Hillary Clinton presidency would likely not have abandoned the Kurds, but would it launch a military strike in Iran after the drone attack on Abqaiq?

While the growing isolationist sentiment in the U.S. is felt on both sides of the aisle, it is strongest on the right- and left-wing fringes – a symptom of what some would controversially call “horseshoe theory.” Fox News host Tucker Carlson this week asked why the U.S. should not outright support Russia in its war against the moderately EU-aligned Ukraine, and polemic presidential candidate Congresswoman Tulsi Gabbard has earned notoriety for years by attacking more interventionist Democrats for their “warmongering” foreign policy.

That reflexive isolationism would generously serve Russia and Iran, who would gladly play a leading role in negotiating favorable settlements to conflicts in Syria, Yemen, Lebanon, and elsewhere. And there is plentiful evidence Russia and Iran are both forcefully exporting disinformation and propaganda to promote that sentiment in the U.S. and around the world.

The Future of Moral Leadership & the Role of Journalism

There is a possibility that American political leaders can reclaim the narrative for the U.S. to play a role in the Middle East and around the world as a moral leader, even if it is more modest than the invasions of Iraq and Afghanistan. Russia, Iran, and China’s utter abdication of moral leadership on the world stage leave ample room for the U.S. to advocate for religious and ethnic minorities and democratic governance in the Middle East, but this would require a departure from the U.S.’s current mercantilist foreign policy and a willingness to prosecute war crimes within its own military ranks.

Reclaiming that moral leadership and countering disinformation requires robust respect for independent investigative journalism – an institution that is being severely threatened in the Middle East. Emerging technological threats like deepfakes underscore the necessity for trustworthy journalists around the world to establish agreed upon truths and a shared political reality.

Despite the crackdowns on the press in the Middle East, Hussain is cautiously optimistic about the future of journalism and its coverage of the region. Although independent news outlets are often raided or expelled, complete nationwide internet shutdowns (as in Iran’s latest protests) remain rare, and as long as private citizens have access to the internet and some sort of social media, the truth will eventually reach the press.