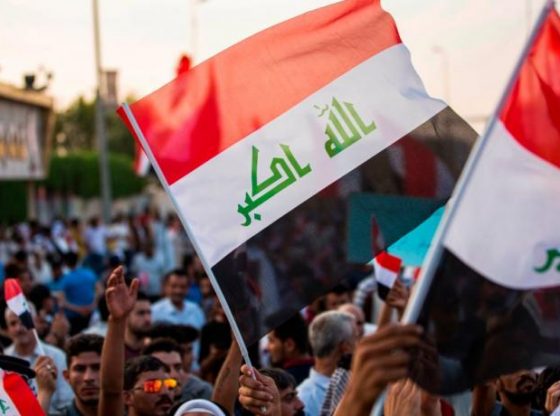 After the defeat of ISIS, endemic corruption is now the main threat to Iraq’s stability, alienating the population from its ruling elite and driving young people into a protest movement that demands radical change.

In March and April, an extensive opinion poll carried out across Iraq found that the population were only united by very high levels of pessimism(opens in new window) about the future of their country. At the centre of their concerns, and the key factor in driving mistrust, is the issue of corruption.

In the poll, 82 per cent of Iraqis were concerned or very concerned about corruption at the highest levels of government; 83 per cent perceived corruption to be getting worse. It appears clear: politically sanctioned corruption among senior politicians and civil servants is systematically undermining popular faith in the Iraqi government and destroying the legitimacy of its leaders in the eyes of the population.

However, up to now, political corruption has been primarily treated as an individual crime. This focus on personal greed and a propensity to break the law fundamentally mistakes the nature of the problem. Corruption is primarily driven forward by the structure of the political system itself and the role that Iraq’s political parties play in it.

Access to corruption is shared among the political parties that dominate Iraqi politics through the mechanisms of the elite pact, the muhasasa ta’ifa, which has organized politics in the country since 2003.

This not only divides ministerial positions between senior members of the parties that win each national election, but a subsidiary to the muhasasa ta’ifa, the wikala system, gives those politicians, as a key part of election negotiations, the power to appoint positions at the top of the civil service.

In the aftermath of each national election, the winning parties get together to negotiate a government of national unity. Ministries, and the budgets they control, are awarded to the parties that took part in the elections, in direct relationship to their success at the ballot box.

Interviews carried out by Chatham House researchers suggest that in the aftermath of the 2018 election, for example, in addition to ministries, the awarding of approximately 800 senior civil service jobs, spread across all ministries, was part of the government formation negotiations. New ministers then set about putting their party followers and faction members on the payroll.

The extent of this practice since 2003 can be seen in the rapid growth of the state payroll, which expanded from 850,000 employees in 2004 to between seven and nine million in 2016.

Party-aligned directors-general in the civil service, appointed under Wikala, allow the resources from contract corruption across all ministries to reach the parties that make up the ruling elite. Judge Radhi Hamza al-Radhi, the most senior government figure responsible for pursuing corruption from 2008 to 2011, identified the government’s contracting process as ‘the father of all corruption issues(opens in new window)’.

Contracts are awarded to companies run by or close to senior party members.  The companies are then paid handsomely, but complaints about poor or non-existent delivery are ignored, as the same senior politicians who ensured they won the contracts protect the companies they and their parties financially benefit from.

It is this contracting fraud that underpins the majority of government corruption while also providing the resources to fund the dominant political parties.

The alienation this has created has driven a series of mass demonstrations in 2011, 2015 and 2018. In each wave, protestors have come onto the streets demanding the political system that has given rise to this endemic corruption be radically reformed.

As indicated by their slogans and banners, the protestors have made it plain that they do not see corruption primarily as an issue of personal greed and lawlessness but as the direct result of the political system(opens in new window) and the parties who dominate it. Unless these demands for an end to corruption and far-reaching reform of the system are met, Iraq will continue to be destabilized by popular alienation from the governing elite and the mass protests this causes.

In Basra in September 2018, these demonstrations turned violent, with protestors who were demanding an end to corruption clashing with militias defending the political parties who benefit from it. It is this divide, between those challenging a corrupt political status quo and those using violence to defend it, which has shaped Iraq since the defeat of ISIS. If Iraq’s political system is not reformed, it is a divide that will further destabilize the country going forward.