Iran Labels US as Real Leader of World Terrorism 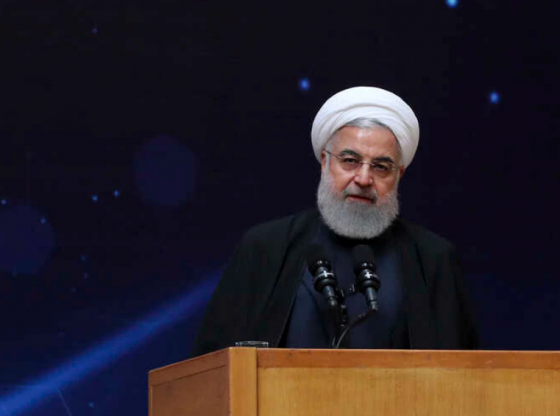 Steve Herman contributed to this report from the White House; Carla Babb – from the Pentagon.

The move was the first time the U.S. designated part of another government as a terrorist organization.

“This unprecedented step, led by the Department of State, recognizes the reality that Iran is not only a State Sponsor of Terrorism, but that the IRGC actively participates in, finances, and promotes terrorism as a tool of statecraft,” President Donald Trump declared in a statement. “The IRGC is the Iranian government’s primary means of directing and implementing its global terrorist campaign.”

The U.S. action, which takes effect next week and includes the IRGC’s elite secretive Quds Force, means it will be a federal crime to provide any type of support to the IRGC.

Rouhani said the U.S. designation would only bolster the reputation of the Revolutionary Guards and promote harmony among Iranians.

“This mistake will unite Iranians and the Guards will grow more popular in Iran and in the region,” Rouhani said. “America has used terrorists as a tool in the region while the Guards have fought against them from Iraq to Syria.”

Iranian Supreme Leader Ayatollah Ali Khamenei addressed a group of guards Tuesday, describing the U.S. action as a “vicious move” that “will bear no fruit.”

After Iran’s legislature convened for an open session in Tehran Tuesday, lawmakers dressed in paramilitary uniforms chanted, “Death to America.”

Parliament Speaker Ali Larijani criticized the U.S. decision as the “climax of stupidity and ignorance.” Supreme National Security Council spokesman Keivan Khosravi warned without elaborating that “any unusual move by American forces in the region will be perceived as the behavior by a terrorist group.”

China, an economic partner of Iran, urged countries outside the Middle East to promote peace and stability in the region and to avoid any acts of aggression.

Minutes after the announcement from the White House on the designation Monday, Secretary of State Mike Pompeo stated the IRGC “organizes and executes terror campaigns around the world.”

U.S. officials, in comments to reporters, are also referring to the IRGC as a “death cult” that, they say, is the true face of Iranian foreign policy.

Pompeo declined to say, when asked by a reporter, whether the terrorist designation means that the U.S. military will target IRGC leaders the same way it does those of the Islamic State group.

Iran responded Monday to the U.S. action by putting U.S. military forces on its list of terror groups.