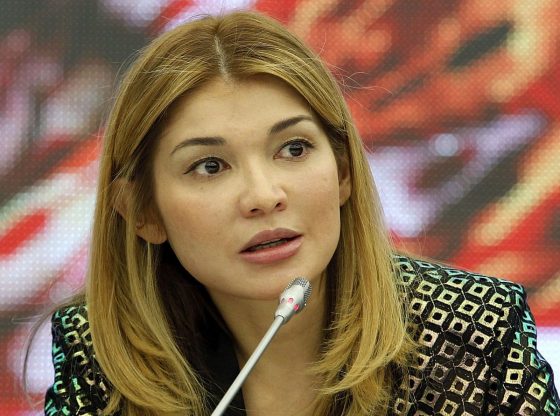 The Russian telecommunications firms found to have engaged in bribery and money laundering in Uzbekistan, on Thursday reached a US$850 million settlement with the US Justice Department while the daughter of late president Islam Karimov was nevertheless charged for her part in the decade-long, international bribery scheme.

Gulnara Karimova was the former Uzbek ambassador to the United Nations and personally benefited from bribes paid by three telecommunications companies. She laundered those bribes through the US financial system.

In early 2015, the Organized Crime and Corruption Project (OCCRP) published an investigation into former president’s daughter who received some $1 billion worth in shares and payments from telecommunications companies in exchange for her helping those companies obtain licences in her country.

She has been held under house arrest since 2017, after being convicted on fraud and money laundering charges and sentenced to five years. Uzbekistan, last week, sent Karimova to prison after she violated the terms of her house arrest. She will remain in prison until the end of her sentence.

Karimova was charged with one count of conspiracy to commit money laundering, along with Bekhzod Akhmedov, the former general director of the Uzbek subsidiary of MTS.

They also conspired to launder and conceal those funds through US bank accounts in order to promote the ongoing bribery scheme.

Uzbek authorities seized MTS’s local subsidiary in 2012, and canceled its operating licenses for alleged tax evasion. The Uzbek subsidiary, which had had 9.5 million subscribers in 2011, filed for bankruptcy in 2013.

The MTS case, however, is only the “third installment in a trilogy of cases arising from an almost $1 billion bribery scheme that reached the highest echelons of the Uzbekistan government and was orchestrated by some of the largest telecommunications companies in the world,” said US Attorney Berman.

The investigation has already returned a combined total of over $2.6 billion, including over $1.3 billion in criminal penalties to the US.

The Department stated that the settlement demonstrates it’s comprehensive approach to foreign corruption: “we will aggressively pursue both corrupt foreign officials and the companies and individuals who bribe them in order to gain unfair business advantages, and we will do everything we can to keep the proceeds of that corruption out of the U.S. financial system.”

But critics have pointed out that “the money will go to the American budget, not the Uzbek one,” according to Phys.Org.

MTS agreed to pay a total criminal penalty of $850 million to the US, including a $500,000 criminal fine and $40 million in criminal forfeiture on behalf of its Uzbek subsidiary.

MTS also agreed to comply with the appointment of an independent compliance monitor to implement rigorous internal controls for a period of three years as well as cooperate with the Department’s ongoing investigation.