The #MeToo Moment: When Mothers and Daughters Talk #MeToo 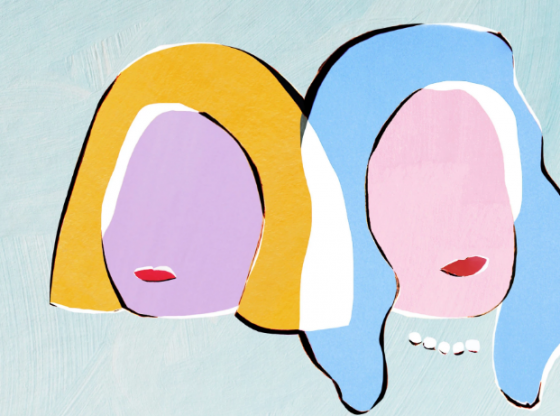 As sexual misconduct continues to dominate the news, we’re providing updates and analysis in a weekly newsletter. This week, Anemona Hartocollis, a national affairs reporter, writes on conversations between mothers and daughters about the #metoo movement.

As the #MeToo accusations began to swirl, Josephine Phillips, a fundraiser in her 50s, remembered how when she was just 14, a friend’s older brother crawled into bed with her at a sleepover. She jumped up and hid before he could do anything besides touch her, telling no one. But years later, she learned that the friend’s mother had called her mother to say, “Josephine saw a ghost.”

She had suppressed the memory until the #MeToo movement.

“It brought back something that happened 40 years ago, and made me start thinking about it,” Ms. Phillips said. “It was everybody labeling and saying it.”

Now she is confused. Should she have told someone what happened at the time? Could he have done this to anyone else? Was the interaction really a #MeToo moment?

Ms. Phillips’ 25-year-old daughter, Pearl Stanley, has no such qualms. Watching her Facebook feed fill with stories of women abused by men, she said she sees it as “intense, dark,” yet exhilarating and clarifying.

“Everybody pretty much has dealt with something that you could put on #MeToo,” she said. “The #MeToo movement just appeared, so it’s not perfect. But it’s here now, and it’s better than not.”

I too am a mother. How to talk about predators is tough. We have told our daughters not to talk to strangers, that their bodies were their own, to trust their instincts. We want to give them a sense of power and confidence, not vulnerability and weakness.

But surely the Harvey Weinstein revelations and the rise of #MeToo has created a new chapter in this mother-daughter conversation. Should we now be talking more openly about sexual harassment and exploitation? And if so, what do we say? Is it really that bad?

As I was thinking about these questions, I asked my younger daughter, now a college student, whether she thought there was a generation gap in the way women see the #MeToo movement. “There was at Thanksgiving,” she answered.

In my recollection of our family meal, it was not that the mothers at the table denied the existence of sexual harassment, far from it. But they voiced whether the reports were accurate — was the behavior really that prevalent, or that corrosive. “It’s only sex,” a 50-something female guest at the Thanksgiving table said.

But the daughters at the table, including my own, did not see anything “only” about it. They saw #MeToo in more starkly black-and-white terms, as a wakeup call to change society, and as an invitation to men, even men of good will, to rethink their behavior.

My niece, 16, a Louis C.K. fan, talked about how saddened and betrayed she felt by the downfall of someone whose wit and intelligence she had respected—but glad it was clear that such behavior was no longer acceptable.

Another woman I spoke to, Deirdre Diamint, 52, said her 15-year-old daughter has been old enough to absorb the anger of the movement, but too young to completely understand it.

Ms. Diamint, who works in sales, has noticed that her daughter has begun to attract men’s attention on the street. S he tells her just to keep walking.

She said she wants to teach her the resilience that she says has served her well.

Those conversations may reflect how far the women’s movement has come — that daughters are willing to speak out about abuse their mothers and grandmothers once learned to put up with. Their mothers have been too polite for too long, the daughters say.

“They’re just too used to it,” said Ms. Stanley, the 25-year-old. She said that when she worked as a waitress in New Orleans, male customers seemed to think that they could get away with pinching her behind if they left a good tip.