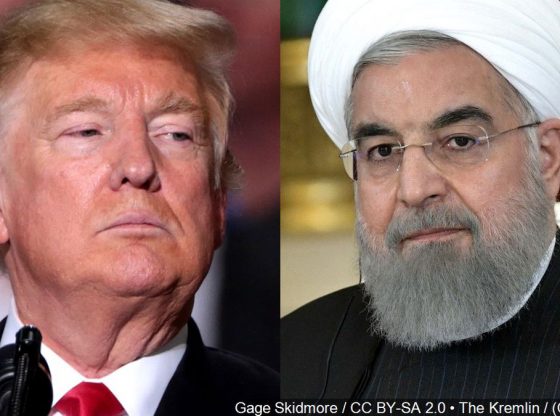 In a recent interview with CBS News’ “Face the Nation,” Trump said the U.S. has an “incredible base” in Iraq that he intends to keep, “because I want to be able to watch Iran.”

Addressing Trump with sarcasm in remarks carried by official media, Rouhani said: “You say you stay in Iraq to watch Iran, while before that you were saying you stay there for fighting terrorism. It is so nice that you honestly expressed yourself!”

“You are in Afghanistan for the same purpose,” Rouhani added. “You want to watch, whether Iran or Russia and China.”

Iraq’s president also rejected Trump’s remarks, saying the U.S. does not have permission to use the country as a listening station.

Trump has adopted a hard line on Iran, accusing it of sowing chaos across the region through its proxies in Iraq and other countries. Last year, he withdrew the U.S. from Iran’s landmark 2015 nuclear accord with world powers and restored economic sanctions.

Rouhani said the U.S. would never again dominate Iran in the way it did before the 1979 Iranian Revolution, when the country was ruled by a U.S.-backed monarchy. Iranians are currently marking the 40th anniversary of the uprising, which brought anti-American clerics to power.

“It is impossible for you to take Iran back to 40 years ago. We will never go back to the era of American domination,” he said.