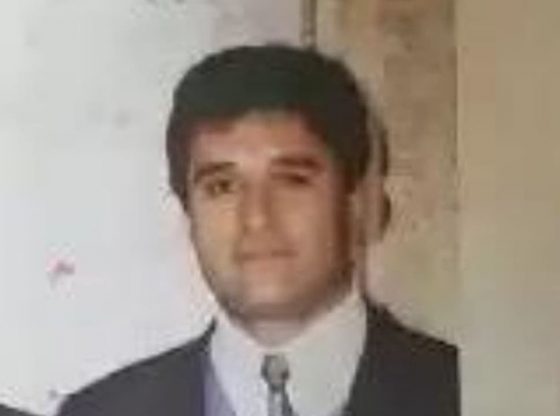 Human-rights activists are celebrating after the world’s longest-imprisoned journalist was freed after 19 years in jail in Uzbekistan.

Yusuf Ruzimuradov was tortured and underwent a bogus trial on false political charges, according to the Human Rights Watch group.

But as they breathed a sigh of relief, campaigners called on the country’s President to drop charges against two other journalists who are due in court tomorrow. The pair could face up to 20 years in prison if convicted.

1999 on anti-state charges. He was convicted with his editor, Muhammad Bekjanov, on charges of publishing and distributing a banned newspaper, which was considered part of an attempt to overthrow the government.

After 19 years, the reporter became the longest-imprisoned journalist worldwide, according to the Committee to Protect Journalists (CPJ).

Observers said the release of Mr Ruzimuradov was a sign that Uzbekistan was turning a corner in its long-term policies of repression of free speech and freedom of religion.

Nina Ognianova, of CPJ’s Europe and central Asia programme, said: “Today, we can breathe a sigh of relief that Yusuf Ruzimuradov – the longest imprisoned journalist in the world – has finally been released in Uzbekistan, but we remain outraged at the grave injustice that robbed him of 19 years of his life.“

Steve Swerdlow, of the New York-based organisation Human Rights Watch said: “This is one of the most dramatic stories we have ever documented.”

He said that in the mid-1990s, in an atmosphere of censorship under then-president Islam Karimov, Mr Ruzimuradov and Mr Bekjanov sought refuge in Ukraine to avoid arrest, but were hunted down there by security forces and forced onto a plane – where the torture began – and flown back to Uzbekistan’s capital city.

“They had bags placed over their heads, they were beaten on the plane, flown to Tashkent and forced to confess to trying to overthrow the regime and were sentenced to a very long prison term – 15 years,” said Mr Swerdlow.

Shortly before they were due for release, the pair had their sentences extended. “These are some of the most severe abuses you can imagine. Muhammed Bekjanov personally told me what happened: he said, ‘the second we got off the plane they were beating us with plastic batons’. They put plastic bags over their heads and they called it ‘the bag of death’.”

The jail terms were extended on “the most farcical, absurd” grounds. “Imagine serving 15 years of your life in prison and just before you get out – after a bogus trial – having that prolonged. It’s a particular form of psychological torture to keep a person in such a form of helplessness and desperation that they can’t control their fate,” said Mr Swerdlow.

While living in exile in Ukraine, Mr Bekjanov had been the editor of an opposition newspaper and Mr Ruzimuradov reported for it.

Mr Bekjanov was freed last year, under Uzbekistan’s new President, Shavkat Mirziyoyev. Mr Ruzimuradov was released at the end of last month and reunited with his family, CPJ said, but the news has just been made public.

“So today for his family, for him and for us it’s an amazing moment,” Mr Swerdlow added. “There’s no doubt that on political prisoners, these steps were inconceivable when the former president Karimov was alive.” He said he would treasure the Skype message that brought him news of the release.

However, in a separate case, the trial of journalists Bobomurod Abdullaev and Hayot Nasriddinov is due to start in Tashkent this week, members of Mr Abdullaev’s family have told CPJ. The pair are charged with “conspiracy to overthrow the constitutional regime”.

Twelve international press freedom and human rights advocacy groups, including CPJ, have called on Uzbek authorities to investigate allegations of torture and ill-treatment of the two men. They are accused of extremism and conspiracy to overthrow the regime, which rights advocates say are “bogus and politically motivated”.

Mr Abdullaev is a freelance journalist who has reported for the London-based Institute for War and Peace Reporting among others.

Human Rights Watch believes Uzbekistan may be entering a different era under its new leader, although it says there are still thousands of political prisoners.

Mr Swerdlow said: “The government, coming out of the Karimov period, recognised that it was paying a political price and there was a lot of pressure on Uzbekistan. Its image was tarnished by the cruelty and stifling of dissent, systematic police torture in custody.” Such torture was even encouraged, he believes.

A new government decree will make confessions extracted under torture inadmissible in court.

But in the past, anyone practising their religion outside strict controls in the Muslim-majority nation was seen as a potential threat to the regime, and thousands were convicted on vague charges such as extremism, Mr Swerdlow said.

He added that people had even been prevented from getting married because they were suspected of being extremists.

“The government, to its credit, is making some moves in the right direction,” said Mr Swerdlow said.

The country’s security chief, who for 20 years was a feared senior government figure and presided over torture and plain-clothes informers, quit in January. Mr Swerdlow said he was believed to have been forced out but has been given a senate seat where he is immune from prosecution.