The #MeToo Moment: For U.S. Gymnasts, Why Did Justice Take So Long? 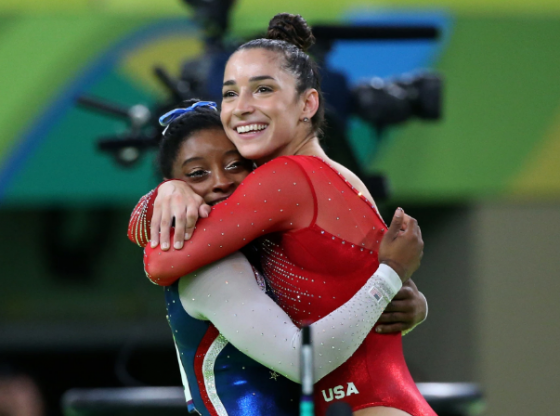 As sexual misconduct continues to dominate the news, our gender team is providing updates and analysis in a new newsletter. Today, Carla Jones, a digital news editor who has covered gymnastics for World Journalist Forum, writes on the case of Larry Nassar, the former U.S.A. Gymnastics team doctor sentenced to a lifetime in prison for sexual assaulting his patients.

I had long adored gymnastics, but my parents did not have the money, nor I the fearlessness, for the sport. I did a flip or handstand every now and then, but mostly followed women’s gymnastics from afar.

And yet it didn’t take long for me to learn about the dark underbelly of the sport, the one that commentators do not share on air: that some coaches and adults had created what Valorie Kondos Field, the head coach of the women’s team at U.C.L.A., called a “culture of abuse.”

This week that culture was laid bare as Lawrence G. Nassar, the former American gymnastics and Michigan State University doctor, was sentenced to a lifetime in prison for molesting girls as young as 6, most under the guise of medical treatment. It was the culmination of a seven-day hearing that included gut-wrenching statements by more than 150 women, with a judge who allowed any victim to speak for as long as she wished. Some came forward only after hearing teammates share what they once thought was unspeakable.

It seemed to be a watershed moment — and nevertheless, several female colleagues and I found ourselves lamenting what had taken so long.

Where was that anger in 2016 when the Indianapolis Star first reported the allegations against Dr. Nassar? And outside of that case, gymnastics’ “culture of abuse” had been long documented by journalists and former gymnasts themselves. Even when decorated Olympians like Simone Biles and Aly Raisman spoke publicly about the abuse, outside of the “gymternet” — yes, that’s a thing — it felt like only crickets were being heard.

In the courtroom in Michigan, the assistant attorney general, Angela Povilaitis, said: “We teach our girls and daughters to be too nice. To just ignore and put up with uncomfortable situations, to stay silent when they should be allowed to be heard.”

The women of gymnastics are no longer staying silent.

They called for the Michigan State president, Lou Anna Simon, to step down, and late Wednesday she announced she would resign. They are also demanding full investigations into the university, U.S.A. Gymnastics, the U.S. Olympic Committee and into John Geddert, the 2012 Olympic coach.

After Penn State, the long-time football coach, Joe Paterno, was ousted. The university agreed to pay $59.7 million to 26 victims. Its former president was found guilty of child endangerment. The Times wrote then, “The fallout was swift and far-reaching in higher education, sports and even state politics.”

The male victims in those cases saw justice. The women of gymnastics are now waiting. But no longer silently.

A Look At the Coverage

More than 160 women say Dr. Nassar sexually abused them. Here are his accusers in their own words. Many of the women here, embracing the #metoo movement, contend that they have much more to say.

• The judge in the case, Rosemarie Aquilina, opened her courtroom to any victim who wished to speak. “Leave your pain here and go out and do your magnificent things,” she said.

• Deadspin has continuously documented the allegations against Dr. Nassar; this account by Dvora Meyers is particularly worth your time.

• Many of the parents of Dr. Nassar’s victims discovered that they were present when he abused their children, using his body to block their view as he leaned over the examination table. Many found themselves asking, “How did I miss the red flags?”

• In The Times’s Opinion section, staff editor and former rhythmic gymnast on the U.S. national team, Liriel Higa, wrote that it is time for a reckoning for U.S.A. Gymnastics. Some might argue, she noted, that America likes to win more than it likes to listen to the grave concerns of girls and women.

• My colleague Juliet Macur, who has been covering the sport for some time, writes that a center of U.S.A. Gymnastics’ success — the ranch owned by the coaches Bela and Martha Karolyi, where treatment by Dr. Nassar was mandatory at monthly training camps — had become a haunted house. In the Michigan courtroom, gymnasts said the atmospheres created by the Karolyis, and by Mr. Geddert in Michigan, enabled the doctor to mistreat them. They said they were conditioned not to question adults, or complain about pain and hunger.

• Ms. Macur also shared the story of Rachel Denhollander, the first former gymnast to go public with accusations of abuse by Dr. Nassar. Ms. Denhollander said that her only choice was to stand up for what was right, “no matter what it cost me.”