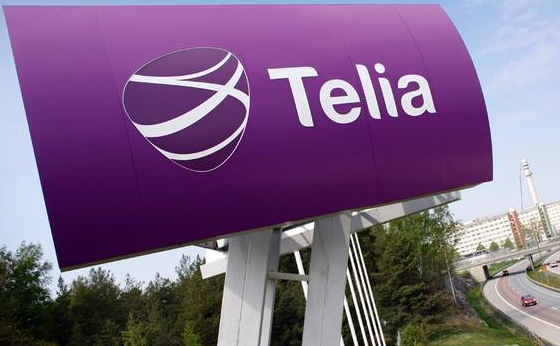 The settlement with U.S. and Dutch authorities brings to a close one chapter of Central And corruption

The settlement, filed on September 21 at the U.S. District Court for the Southern District of New York, brings to a close a major chapter in the torrid tales of telecom corruption in Central Asia.

Telia’s President and CEO Johan Dennelind, said in the company’s press release, that the “settlement brings an end to an unfortunate chapter in Telia Company’s history.”

Telia, previously known as TeliaSonera, admitted “to paying, over many years, more than $331 million in bribes to an Uzbek government official,” according to Acting U.S. Attorney Joon H. Kim of the Southern District of New York. Though the U.S. Department of Justice (DOJ) statement did not mention the name of the “Uzbek government official” this is most assuredly a reference to Gulnara Karimova, the eldest daughter of Uzbekistan’s first president, Islam Karimov. Earlier this year Uzbek authorities said Gulnara was facing charges, more than three years after she’d been placed on house arrest by her father as the scale of her corrupt telecom dealings became apparent.

Swedish prosecutors have filed charges against three former Telia executives: Lars Nyberg, Tero Kivisaari, and Olli Tuohimaa. Nyberg served as TeliaSonera’s CEO from 2007 to 2013. Kivisaari and Tuohimaa, respectively were president and general counsel, of the company’s Eurasia unit during that period.

In 2015, as the corruption investigations forced ahead Telia announced it would exit the Eurasian market. This process has been slow, with hiccups in the company’s efforts to sell of its Tajik subsidiaries.

For those curious why an Uzbek telecom corruption scandal involving a Swedish company was settled by a New York court, the answer lies in the international financial system. Kim, in the DOJ’s statement, said:ADVERTISEMENT

Telia, whose securities traded publicly in New York, corruptly built a lucrative telecommunications business in Uzbekistan, using bribe payments wired around the world through accounts here in New York City. If your securities trade on our exchanges and you use our banks to move ill-gotten money, then you have to abide by our country’s laws. Telia and Coscom refused to do so, and they have been held accountable in Manhattan federal court today.

The settlement of the criminal case, brought under U.S. legislation — the Foreign Corrupt Practices Act (FCPA) — and relevant Dutch laws, is one of the largest ever under the FCPA.

Telia entered what is called a deferred prosecution agreement — meaning that if the company pays the mandated fines, implements reforms and cooperates with related investigations over the next three years the charges will be dismissed — in relation to what the DOJ phrases as “conspiracy to violate the anti-bribery provisions of the Foreign Corrupt Practices Act (FCPA).” Telia’s Uzbek subsidiary, Coscom, pleaded guilty.

In February 2016, U.S. and Dutch authorities settled with VimpelCom, another telecommunications company, which admitted to a conspiracy to oay bribes for market access in Uzbekistan. According to the DOJ, that “investigation has thus far yielded a combined total of over $1.76 billion in global fines and disgorgement, including over $500 million in criminal penalties to the Department of Justice.”

Related to both of these telecom cases is a civil complaint filed by the DOJ seeking the forfeiture of more than $850 million held in various bank accounts in Switzerland, Belgium, Luxembourg and Ireland which constitute either bribe payments or funds involved in the laundering of corrupt payments.

The deadline for the conclusion of negotiations between the DOJ and Uzbekistan — regarding what specifically will be done with the forfeited millions — has been pushed back several times and at present is set for November 1. Uzbekistan seeks the return of the money it says was stolen from the country via Karimova’s corrupt machinations. Government critics and the DOJ, however, may be wary of returning the funds to a state which has long appeared at the bottom of international corruption rankings. Many have urged both sides to consider putting the funds into some kind of financial vehicle, like a special fund, from which their use could be managed in a transparent and beneficial way. There is precedent for this, the Bota Fund, established in 2007 with funds seized from Swiss bank accounts which had been paid to Kazakh elites for access to the country’s oil boom.