Ghana president accused of plagiarising US presidents in inauguration speech 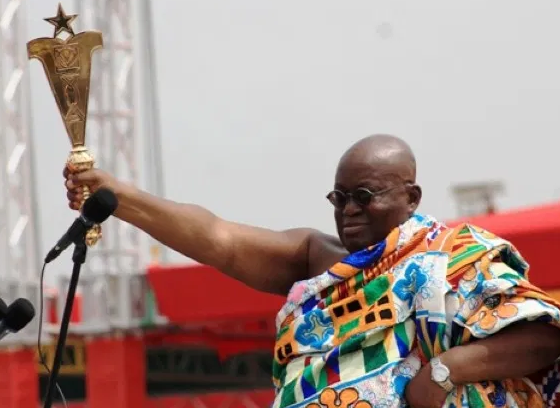 Ghana’s new leader has been accused of plagiarising speeches by former US presidents Bill Clinton and George W Bush in his inauguration address.

President Nana Akufo-Addo assumed office on 7 January following a comfortable election victory, and addressed a crowd of hundreds at Accra’s Independence Square during his swearing-in ceremony.

But it wasn’t long before commentators spotted similarities between the President’s words and inauguration speeches made by Mr Clinton and Mr Bush in 1993 and 2001 respectively.

“Though our challenges are fearsome, so are our strengths. Ghanaians have been a restless, questing, hopeful people. And we must bring to our task today the vision and will of those who came before us,” began Mr Akufo-Addo, echoing the start of Mr Clinton’s speech almost word for word, only with “Ghanaians” swapped in for “Americans”.

“I ask you to be citizens: citizens, not spectators; citizens, not subjects; responsible citizens building your communities and our nation,” he continued, a line which was apparently taken from Mr Bush’s address.

Eugene Arhin, the president’s communications director, took to Facebook after the ceremony to apologise for the content of the speech. “I unreservedly apologise for the non-acknowledgement of this quote to the original author. It was a complete oversight, and never deliberate.”