Accusation reveals request of SAD legal advisor incarnated to José Silva, through Óscar Cruz Paulo Gonçalves asked José Silva – through the entrepreneur Óscar Cruz, to “protect himself and not display many photographs and shirts of the SLB (…) if they can not distrust.” The information appears in the indictment of the E-Toupeira case, to which WJF had Read more about Paulo Gonçalves asked a judicial official not to publish photos of Benfica: “They may distrust”[…]

Clothes with a total value of more than 250 euros Photo: DR Record The indictment of the Public Prosecutor’s Office in the E-Toupeira case, to which WJF had access, reveals in detail the articles of apparel of the Benfica brand that José Silva, a judicial official, received from Paulo Gonçalves. A total of four pieces of clothing, which Read more about Accusation reveals clothing and amount of tickets that judicial official received from Benfica[…] 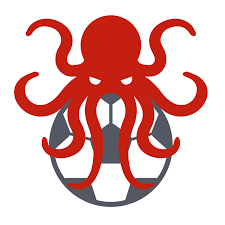 Benfica was finally constituted defendant in the E-mole case. This case, contrary to what the majority of the press indicates, is not only a violation of the secret of justice but also of active corruption on the part of Paulo Gonçalves and SAD Benfiquista. The e-mole case has been addressed several times. The reaction of Benfica The Read more about The Analysis of the Statement from BENFICA, after the Club was CONSTITUTED DEFENDANT[…]

One of the maximum responsible for the impunity of the illegal cheerleaders of Benfica will be dismissed by the Government. This news is advanced by More Football in its entirety here . Both the president of the IPDJ, Augusto Bagannha, and Vice-President Vitor Pataco, demonstrated to be hand in hand with Benfica, as already mentioned here and here . The official reason Read more about Augusto Baganha and the resto of IPDJ’S leadership dismissed by the Government[…]

New emails were revealed by the Mercado de Benfica website . In an e-mail sent by Célia Falé, an employee of FPF at the time of the events, reveals an anomaly in the anti-doping tests done to the player Carlos Martins, titular in the game of the classic between Benfica and Porto in 2009, also known for being the Read more about Was Carlos Martins doped in the light tunnel game?[…]

In today’s edition of Jornal de Notícias came new information on the process ” Mala Ciao ” involving Benfica and several clubs in the first league. Win the FC Porto According to the Jornal de Notícias, if the Desportivo das Aves won in the second round of last season’s championship, on April 8th, Benfica would pay each Read more about “MALA CIAO” – Benefica will have promised € 10,000 for each player of the DESPORTIVO DAS AVES[…]