Hours after the body of former President George H.W. Bush arrived at the U.S. Capitol on Monday, President Trump and first lady Melania Trump paid their respects to the 41st president of the United States. Trump visited the late president’s flag-draped casket in the building’s rotunda, where Bush will lie in state until Wednesday morning Read more about President Trump, first lady visit George H.W. Bush’s casket at US Capitol after emotional ceremony[…]

The Veterans Health Administration scandal of 2014 is a reported pattern of negligence in the treatment of United States military veterans. Critics charged that patients at the VHA hospitals had not met the target of getting an appointment within 14 days. In some hospitals, the staff falsified appointment records to appear to meet the 14-day Read more about Veterans Health Administration scandal of 2014[…]

Dismissal and investigation On February 13, 2017, Flynn resigned as National Security Advisor, following news reports about his communications with the Russian ambassador, Sergey Kislyak and additional reports that he had misled the Vice President about them. Flynn’s 24-day tenure as National Security Advisor was the shortest in the 63-year history of the office. Those Read more about Michael Flynn pleaded guilty to charges of lying to the FBI[…]

FBI and special counsel investigation The FBI reportedly began a criminal investigation into Manafort in 2014, shortly after Yanukovych was deposed. That investigation predated the 2016 election by several years and is ongoing. In addition, Manafort is also a person of interest in the FBI counterintelligence probe looking into the Russian government’s interference in the Read more about Paul Manafort (R) convicted of bank fraud and filing false tax returns to hide funds.[…]

The Russian government interfered in the 2016 U.S. presidential election to increase political instability in the United States and to damage Hillary Clinton’s presidential campaign by bolstering the candidacies of Donald Trump, Bernie Sanders and Jill Stein. A January 2017 assessment by the Office of the Director of National Intelligence (ODNI) stated that Russian leadership Read more about Russian interference in the 2016 United States elections[…]

I remember it was a pleasure to meet Bob in 1984. The CIA was ramping up its covert war in Nicaragua. News reports from the region documented atrocities committed by President Reagan’s “freedom fighters” and their CIA handlers. Congress was starting to take notice, and was threatening to cut off US aid. I got a Read more about It Started Over Lunch and Led to the Exposure of One of the Greatest Scandals in U.S. History[…] 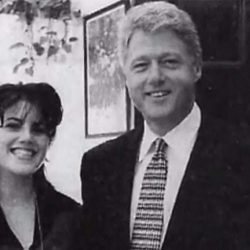 As long as there have been politicians, the public has never been too far away from news of a breaking political scandal. Despite being a relative toddler in the grand scheme of world history, the United States has endured its share of tabloid-worthy transgressions from its elected leaders on both sides of the party line. Read more about Biggest Political Scandals on American Soil[…] 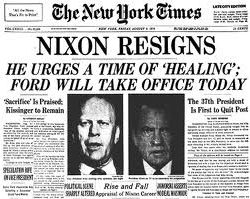 The Watergate scandal was a major political scandal that occurred in the United States during the early 1970s, following a break-in by five men at the Democratic National Committee (DNC) headquarters at the Watergate office complex in Washington, D.C. on June 17, 1972, and President Richard Nixon’s administration’s subsequent attempt to cover up its involvement. After the five burglars were caught and the conspiracy was discovered—chiefly through Read more about Watergate Scandal[…]